Caity
September 12, 2017
Overheard at work.
[I’m on the Threat Intelligence team at work. Caity is one of the analysts. Everyone on the team has a few “quirks”. So Josh, also on the team, decided we should take an Asperger test. Josh scored a 14, Jodie scored a 12, Devin scored a 24, Greg refused to take the test, and Caity had a 17. But Caity said if she wasn’t so social it would have been much higher. She then came up with the QOTD which caused Josh and I to burst into laughter. If you knew Caity you would not be surprised that a few weeks ago Caity was voted the social replacement for Brett on our team.

I stomped the competition within our team on the Asperger test with a 32.—Joe]

Update: Greg finally succumbed to peer pressure (but we aren’t sure if he answered the questions honestly) and scored a 15.

I honor my ancestors who clawed their way to the top of the food chain.

How much intelligence does it take to sneak up on a head of lettuce?

Brett
June 27, 2017
[This was regarding his dietary preferences.—Joe]

Three weeks of utilities are all that separate us from savagery.

I’m not sure it will take three weeks, but it’s in the ballpark.—Joe]

From the office today:

Greg: A woman asked me to kill a spider. I told her no. It was here first. She told me it was her or the spider.

Josh: The spider is still in his house. It has taken over the bathroom. The entire bathroom is filled with webs and it lives in the skylight.

This story has been told more than once. Caity’s version is:

Josh: So, Greg was dating a woman. She found a spider in the bathroom and asked that Greg kill it. He said no.  She said, it’s me or the spider.

Greg: Well, the spider was there first.

Josh: Yea, I’ve met the spider. It lives in the skylight.

Greg: I don’t do well with ultimatums.

Joe: Actually, I always thought it would be more fun to be a girl scout.

Caity: Because of the cookies? (She knows about my sweet tooth).

Joe: No. Because of the girls.

Today our building was evacuated for some unknown reason for a few minutes. Via text messages:

Josh: I got coffee, is the building still quarantined?

Joe: Only for you. The rest of us are at our desks.

Brett: Greg decontaminated your workstation. Land mines have been removed. You can come in now.

Brett: I voted for the Disney party.

Joe: A lot of people did whether they realized it or not.

Brett: Stop that! [Wheeze, wheeze.] I won’t be able to breath.

While chatting with Brett at work today we stumbled across something that we both found incredibly funny. But Brett has degree in chemistry and I know enough about it to be a danger to myself and others. I’m not sure enough other people would get the joke to actually use it but I’m thinking of putting the following phrase on Boomershoot t-shirts for next year:

Is that too obscure?

If you don’t understand see below the fold for the explanation. And if you do understand and want to participate sign up for Boomershoot 2017 here.

END_OF_DOCUMENT_TOKEN_TO_BE_REPLACED

The problem today in large enterprises… Death by MBA.

Brett
October 10, 2016
[He provided many examples but I’m sure you can supply your own.—Joe]

I think the U.S. will default. It has to.

But we will be okay. This is because we will still have all the stuff and they will just have paper.

He goes on to say that in the case of a default the multinational companies are screwed. This is because our foreign creditors will seize the assets in their countries.—Joe]

Those who need to know already know what the following means. If it’s not crystal clear to you then don’t worry about it. It’s not for you. It’s more fun and games for the NSA:

In a modern organizational environment you sometimes feel compelled to telegraph your feelings, but it is important to remember to not put them on broadband.

Brett
March 14, 2016
[I work with Brett. A co-worker of ours unnecessarily consumes a lot of bandwidth. This is a detriment to everyone involved.—Joe]

What people can do with what they buy at the gun store doesn’t bother me much. It’s what the brilliant molecular biologist who has gone sideways can do in his basement in mayonnaise jars that absolutely terrifies me.

Brett
November 13, 2015
In regard to the ISIS attack on the people of Paris.
[Brett is an extremely smart guy I work with. His knowledge of physics, computers, geology, anthropology, statistics, history, politics, economics, banking, and just about everything is astounding.

At first I thought maybe he was one of those people who just pretends to know everything. But when off the top of his head he tells you the hour an earthquake occurred over three hundred years ago (21:00 on January 26, 1700) and you go looking and find out he was right you start to get a clue. I’ve looked up numerous numbers and things that I found incredible to believe or believe he could remember such details and found he was right. A few times he would report back to me with a correction on something before I got around to look it up.

One time he said a co-worker may be leaving the company soon. I asked why, because I was pretty sure I had all the same information he did in regards to this other person. He told me his son called him “the correlater”. “And?”, I asked. “It’s what I do. And that is what my son calls me sometimes”, he replied. “But why do you say this about our co-worker?”, I insisted. Before he could answer the co-worker appeared, we went silent, they walked up to us, and said, “I’m giving them on month. Then I’m out of here.” Brett looked at me with wide eyes and said, “See?” then expressed his sympathy for our co-worker’s situation.

Friday, as the news of the Paris attacks Brett became very sad and concerned. And repeatedly said, “This won’t end well.” Anyone could have said it and one would find it plausible if not exceedingly likely. When Brett says it then it takes it to a whole new level.—Joe]

Brett says he has only been called into HR four times. 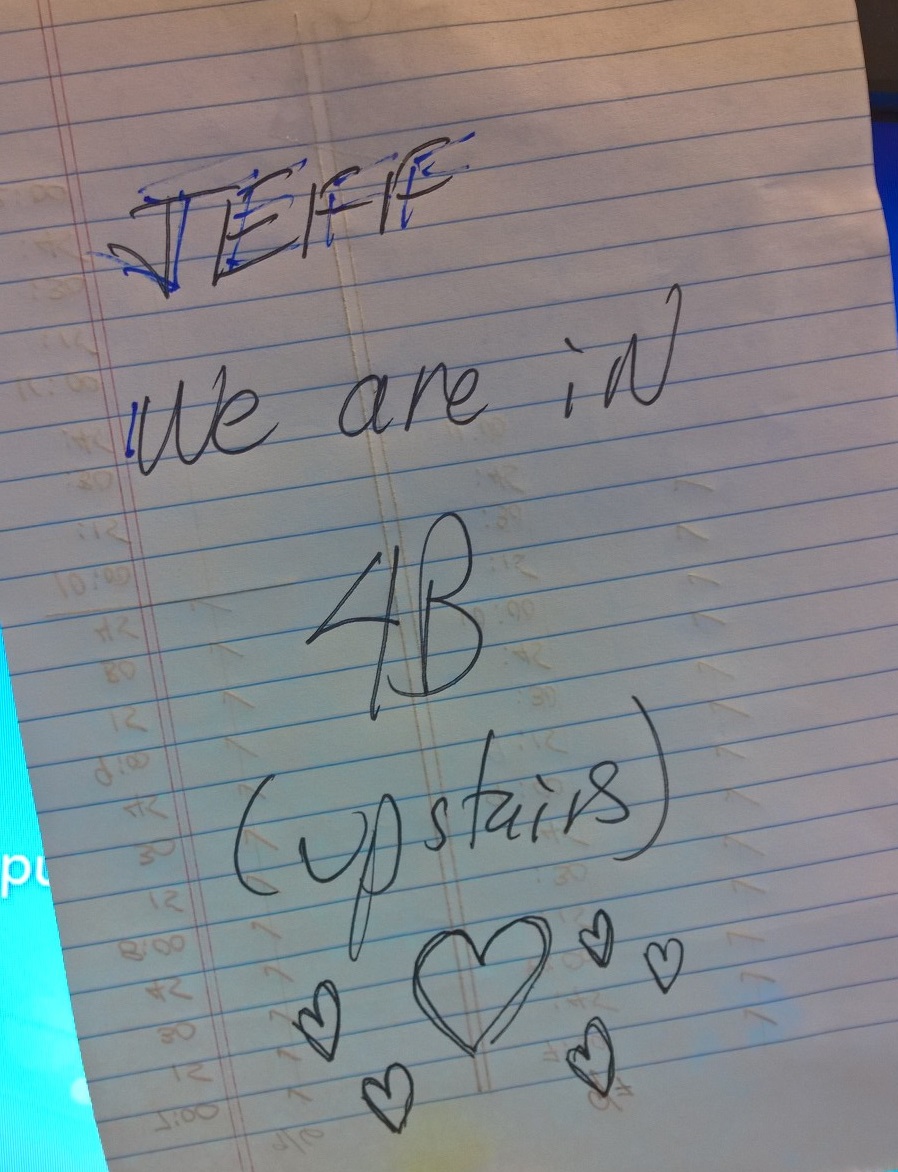 This isn’t one of them. Yet.