Trump will be an ex-president in 13 days. The fact is that getting rid of Trump is the easy part. Cleansing the movement he commands is going to be something else. 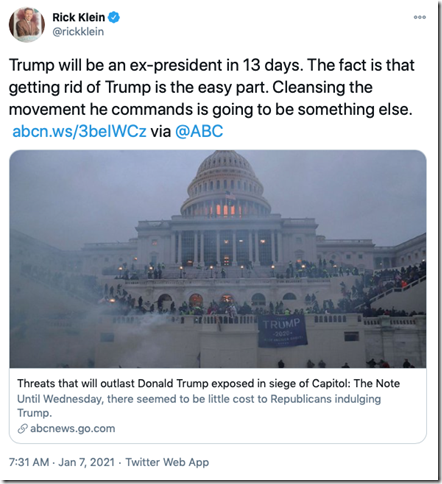 [Via email from Drew who also asks:

Now, do you think the cleansing will happen before or after the common sense gun safety buyback registration law is passed?

I really don’t know the answer to that question. But at this time it appears the political left is a little too eager.—Joe]

23 thoughts on “Quote of the day—Rick Klein”