You’re screwed, and it’s the mayor and city council’s fault.

Best ‘luck with the riots.

Carl “Bear” Bussjaeger @BearBussjaeger
Tweeted on July 25, 2020
[This was in response to this open letter from the Chief of Police to local businesses and residents.: 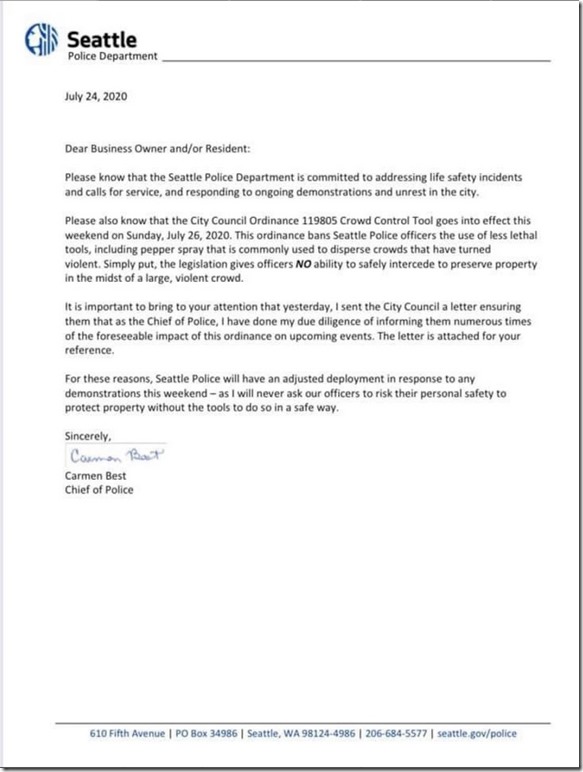 We live in interesting times.—Joe]