Recap: 7/11/17 I made this post, pointing out that Pohl’s remarks were based in lies.

Jason Pohl made no effort to correct his errors, but was overtaken with a bad case of #GunCog, poking fun at this blog’s founder, Joe Huffman. Yesterday I corrected Pohl, explaining that I’m not Joe Huffman, not a boy, etc.

Then, after a gun group sought accountability for Jason’s inaccuracies, Pohl tried to pohl a fast one, posting this to Twitter: 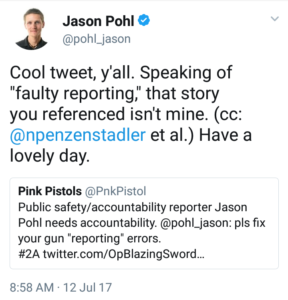 Reporter Jason Pohl tries to pohl a fast one.

I see, Jason. It’s not your fault. You’re just a reporter… who made an emotional tweet, based on falsities written by your USA TODAY colleague @npenzenstadler [Nick Penzenstadler]: 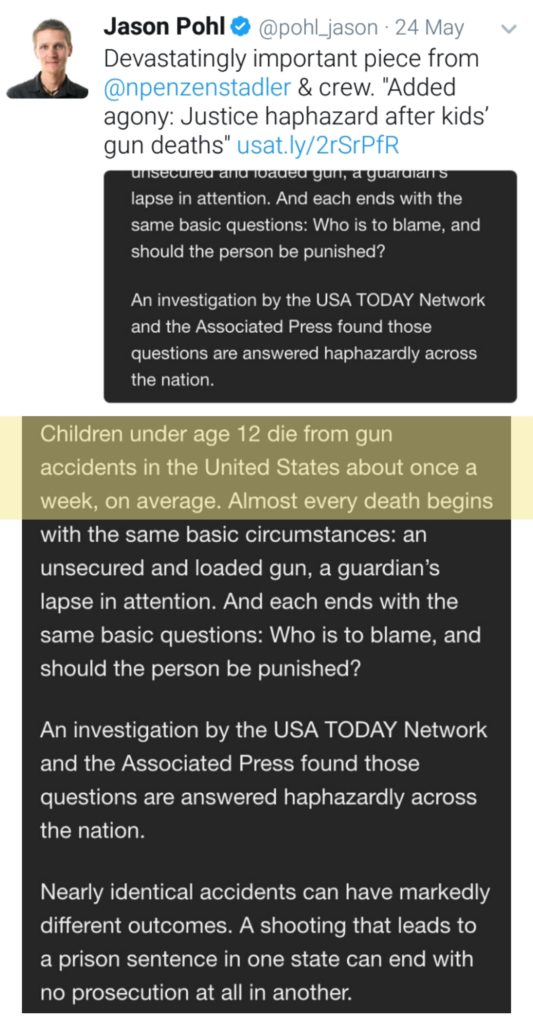 Jason, just fix it. Say you were incorrect. Recognize that you were wrong there and elsewhere. How are readers supposed to trust you on any topic, if you can’t admit your most glaring errors about guns?

Today you made darn sure to tweet about your ability create spreadsheets. Yawn. Your visual display of rows n’ columns doesn’t free you from admitting your wrongs. If anything, it demonstrates you’re able to read data and admit what’s right. 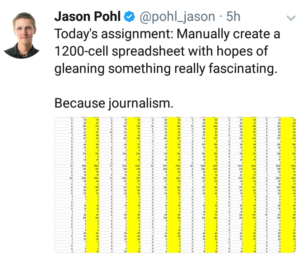