Math doesn’t care about fairness or good intentions. Spending vastly more than you have isn’t good when done by a Republican or a Democrat. Two plus two doesn’t equal 33.2317 after you factor in a secret “Social Justice” multiplier. 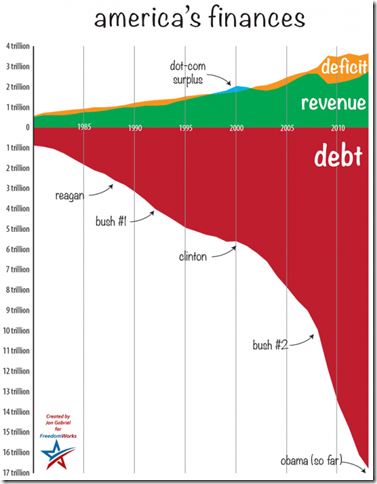 Jon Gabriel
October 21, 2013
The Reality of America’s Finances
[H/T to son James for showing me this.

Sometimes I think that part of the problem is that people think that math, even arithmetic, is subject to opinion. People will just proclaim, “I don’t agree with that”, and they believe they have refuted your numbers.

Principles? They don’t even understand the concept of a principle.—Joe]

18 thoughts on “Quote of the day—Jon Gabriel”