Via a private post on Facebook: On July 26, 2016 Obama was briefed on an intelligence report that Hillary Clinton had approved a campaign plan to stir up a scandal against candidate Trump by tying him to Putin and the Russians’ hacking of the DNC: 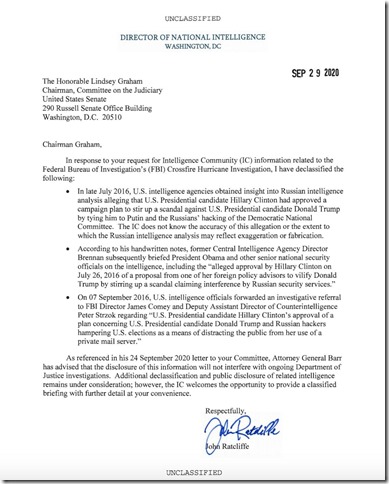 The question in my mind is now, “What are the list of crimes these people committed by doing this?” Conspiracy to commit libel and slander look plausible. Surely there are more serious offenses, right?