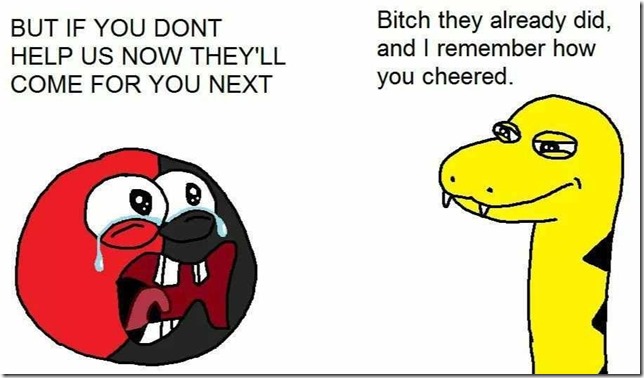 While I got a chuckle out of this it’s quite misleading. There is a big difference between the gun owner protests which leave the streets cleaner than when they arrived with the most “violent” exchanges are spirited legal briefs compared to the riots, looting, and destruction of the Marxists of the last few weeks.

They can’t honestly believe we would be on their side. You almost have to start looking at elderly nun demographics to find a group of people more law abiding than people who have concealed carry licenses.

The only thing that I know of which we have in common is the skill set and tools to quickly create a lot of damage. It’s just that no one has flipped our switch yet with a valid target. There are a number of scenarios where the rioting Marxist change that. But in all the futures I see the police will give the gun owners a slight nod and turn back to engage the remaining commies.