There has been some blog and reddit posts about Antifa taking over part of the Capitol Hill area in Seattle:

There are a few conventional media stories but not many:

As I reported some of the links people have been sending me and what I have read on the blogs Barb kind of rolled her eyes.

25+ years ago Barb lived on Capital Hill. For another 20 years she worked not far from there. She describes the people who live there as “in transition”. “They’re mostly young and trying to figure out who they are.” That some people moved some barricades isn’t all that much out of character for that demographic. They think of themselves as revolutionaries but it’s more of an extended teenager rebellious phase they are going through.

Today I visited CHAZ. It’s kind of a nothing burger. I half expected checkpoints with masked armed people and snipers in windows and on the rooftops. I brought my telephoto lens and planned to take pictures from a block or more away. I worried about someone seeing me, multiple people flanking me, taking my camera, and/or hurting me. I hid my camera under my loose fitting flannel shirt.

I parked a couple blocks away and cautiously approached. Other people walking the same direction seemed very relaxed and that helped put me at ease some. 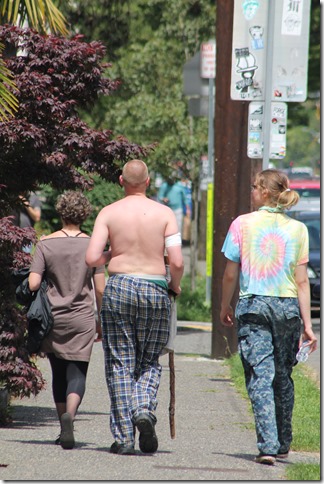 There are some barricades but some people (probably businesses) are driving around some of them. There aren’t any people manning the barricades. I would bet a couple of guys could park a truck in front of one, load everything up and drive off without anyone trying to stop them. Maybe they’d get some attention by the time they got to the second one but I didn’t see anyone paying much attention to anything.

There are lots of people walking through the area and except for the barricades and some odd signs everything is pretty normal. Although I kept looking I no longer had serious concerns about snipers or being accosted because of my camera. 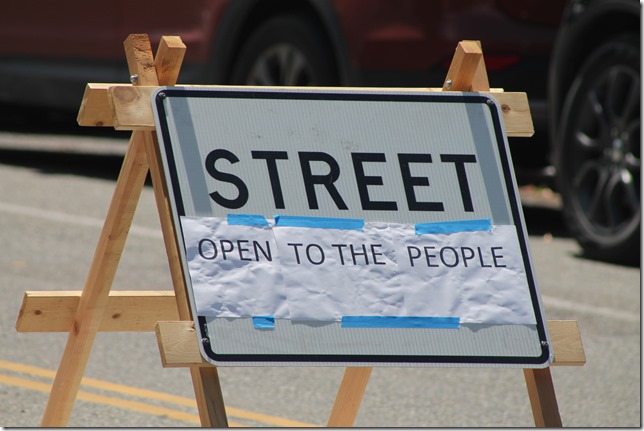 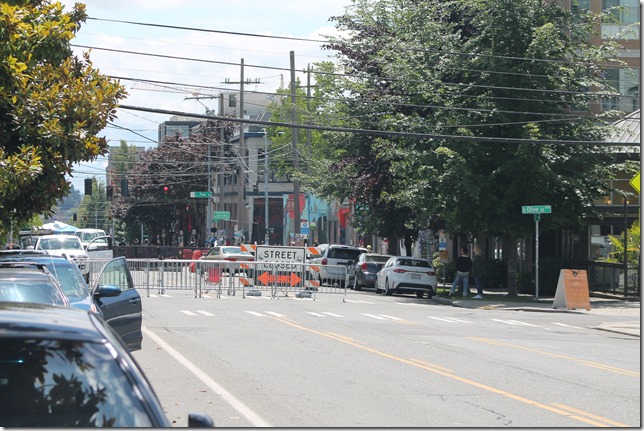 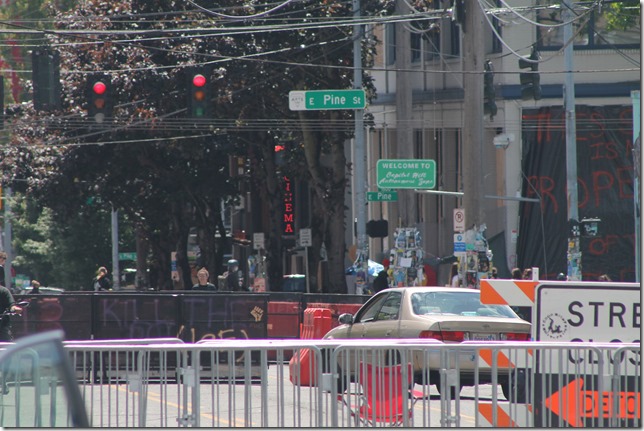 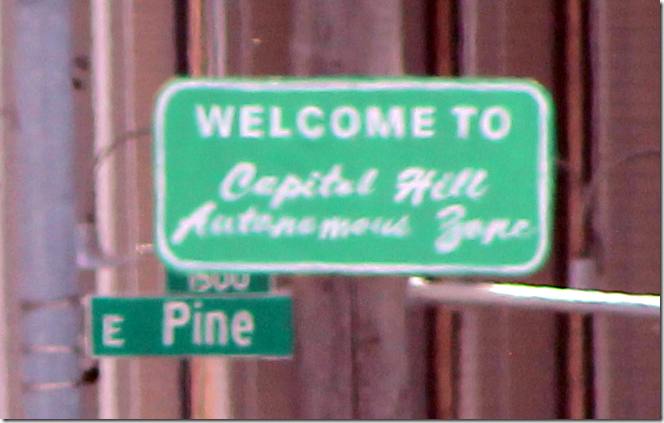 Cropped version of the previous picture. 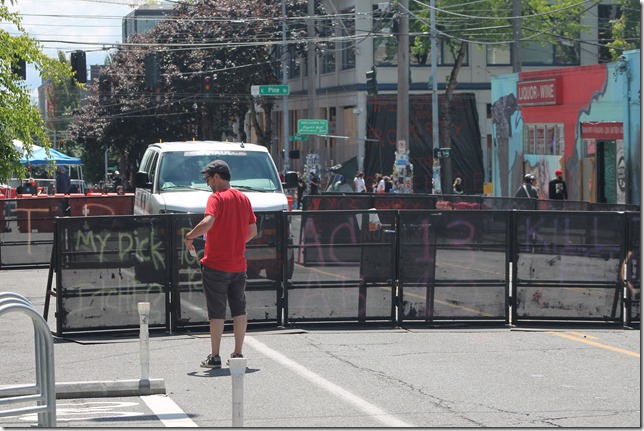 On the left it says, “My Dick Itches”. 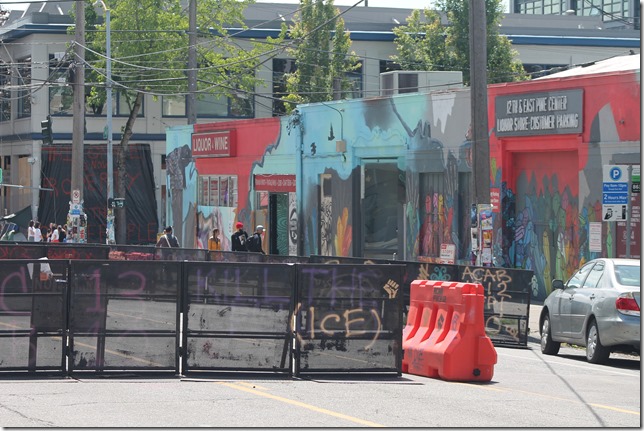 On the right it says, “KILL THE POLICE”.

The next four pictures are of the intersection of 12th and Pine. This address gets mentioned in various reports.

I hadn’t told Barb I was going as I didn’t want her to worry about me. After I got back I told her where I had been and why I hadn’t told her ahead of time. She laughed. I’m paraphrasing some here but she explained it as, “It’s Capital Hill and everyone is making a big deal out of the silly stuff they do there.”

I think the police are probably doing the right thing by letting “the kids” have their way for a while. After being essentially ignored for a while reality will set in and they will figure out throwing a tantrum doesn’t accomplish anything and wander off. At least that is my best guess.

EXCLUSIVE: Interview with the so-called ‘warlord’ of Seattle’s autonomous zone