An exhaustive new study from the CDC reveals that the leading cause of gun violence in America is your political opponents. Researchers looked at a number of potential causes of gun violence such as mental health, family situation, cultural shifts, gun laws, rap music, videogames, sugar consumption, and the actual gunman, but by and large, the most prominent cause of gun violence was what most already suspected. The fault lies with those who you disagree with politically. 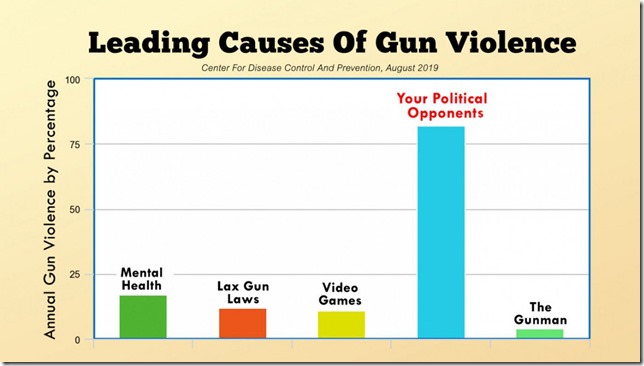 The Babylon Bee
August 5, 2019
Study Shows Leading Cause Of Gun Violence Is Those You Disagree With Politically
[Yes, it’s satire. Still, a disinterested observer could listen to both sides of the issue and arrive at the above conclusion.—Joe]

5 thoughts on “Quote of the day—The Babylon Bee”