While not all people will agree it appears to me that one critical component of religion is faith. Where faith is defined as:

belief that is not based on proof

And perhaps even further:

a belief in spite of proof to the contrary.

As one datum I offer this from Martin Luther (if you have the time read the entire post because it is exactly on point for the conclusions of this post):

The political left has their belief that socialism/communism is a superior form of government to any other. This is without convincing proof and, in fact, in spite of proof to the contrary. While I don’t know the belief system of members of ISIS as well as I do that of the political left in the U.S. I imagine their faith is similarly immune to factual refutation.

Hence I submit, via email, from Rolf the following memes: 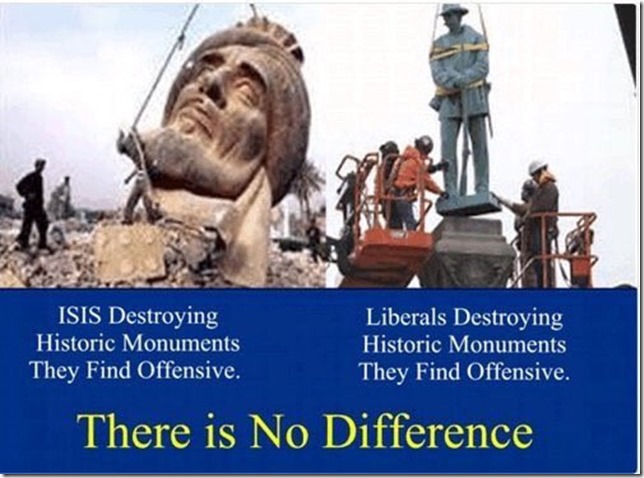 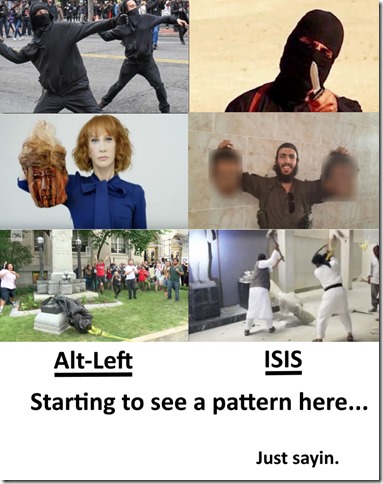 There is a reason the political left defends ISIS. They are kindred spirts.