When Soechtig and her team plea to federal charges for violating the nation’s commonsense gun laws, we’ll know they’re serious about cutting down on gun crime. Until then, we’ll know they’re just a bunch of ignorant, gun-trafficking profiteers who want to take away our rights while they violate the very laws they demand with absolute impunity. 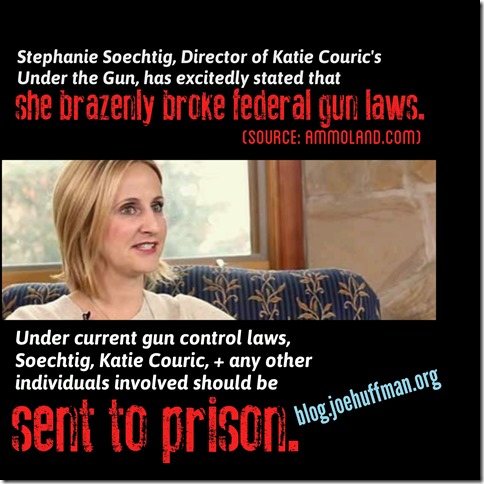 [The laws Soechtig and team committed should not stand up to scrutiny by the courts but other people are still going to jail for them. And as long as other people are going to jail over them it should doubly apply to Soechtig and her gang. Since she wants us to go to jail for violation of nonsensical laws then she needs to understand, first hand, the significance of what she demands.

10 thoughts on “Quote of the day—Sean Davis”