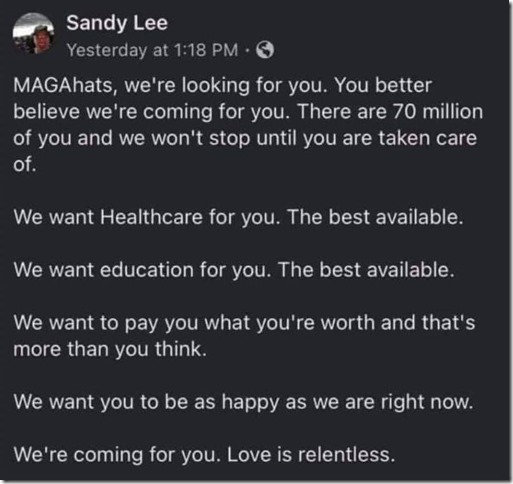 In response to this, my first thought is what Henry David Thoreau had to say about this sort of thing:

If I knew for a certainty that a man was coming to my house with the conscious design of doing me good, I should run for my life.

The second thought is:

Your intentions will only be considered during the penalty phase of your trial.