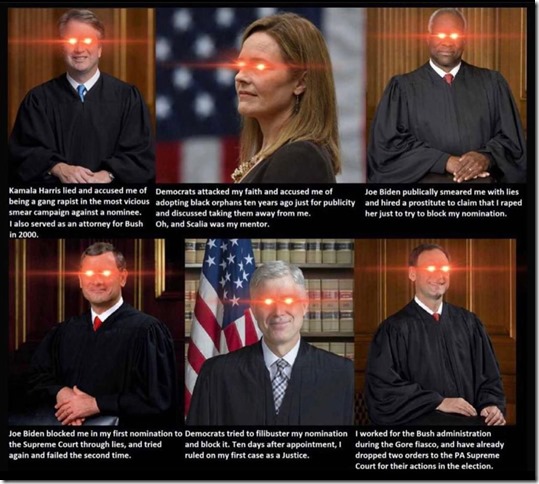 Also from Chuck on the same topic: 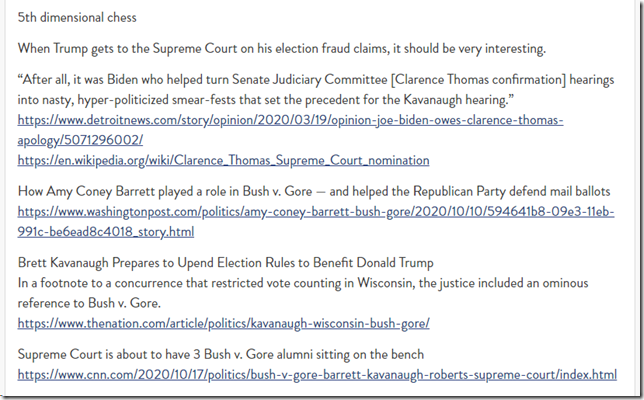 And reassurance that it is, at least mostly, true from CNN:

Supreme Court is about to have 3 Bush v. Gore alumni sitting on the bench

Judge Amy Coney Barrett, once confirmed, will be one of three current Supreme Court justices who assisted the legal team of then-Texas Gov. George W. Bush in the Florida ballot-recount battle that came down to a single vote at the Supreme Court.

The court’s December 12, 2000, decision cutting off Florida recounts tore apart the justices and the nation, and the case hovers in the air today as America approaches the November 3 presidential election.