It is not the truth of Marxism that explains the willingness of intellectuals to believe it, but the power that it confers on intellectuals, in their attempts to control the world. And since, as Swift says, it is futile to reason someone out of a thing that he was not reasoned into, we can conclude that Marxism owes its remarkable power to survive every criticism to the fact that it is not a truth-directed but a power-directed system of thought. 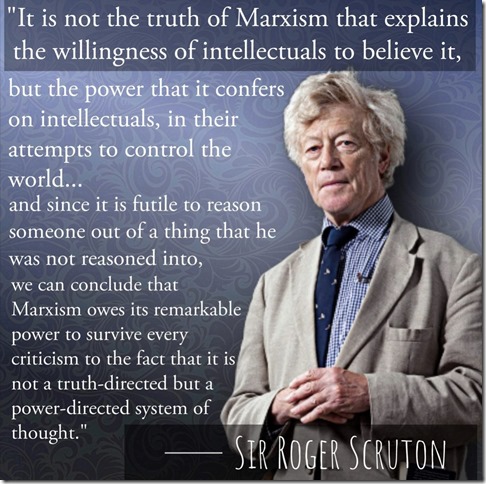 15 thoughts on “Quote of the day—Sir Roger Scruton”