We are not buying all these guns just to give them up. 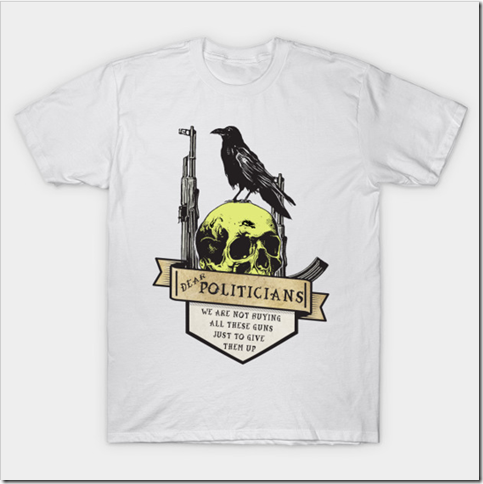 7 thoughts on “Quote of the day—bakerjrae”