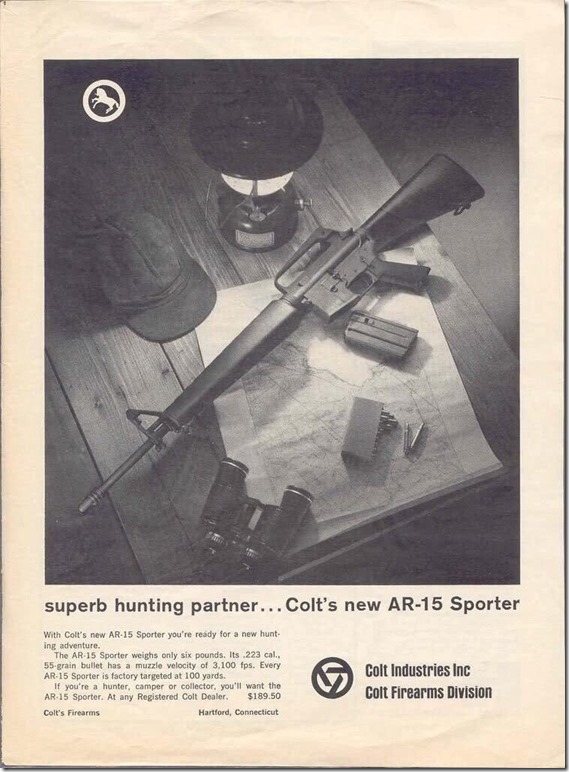 There is a reply worthy of note from NoGuns

This is actually 1964 but semantics.

Note the price in 1964, $190. It was just about then, perhaps 1965, in our part of the country earning $1000/month was considered really good money. So, the AR-15 Sporter would cost a person about a weeks pay. And so, making a few assumptions, it appears the relative price of an AR has come down some.

But the most important thing to note is that 55 years ago the AR-15 was marketed as a hunting rifle. People claiming it was designed as a weapon of war are ignorant, stupid, and/or lying.