Via email from Boomershooter, and Venezuela refugee, Luis:

They are strong legislators that have stand and defend the 2nd Amendment.

They will be speaking in my district about what happen in Olympia in the last legislative session. 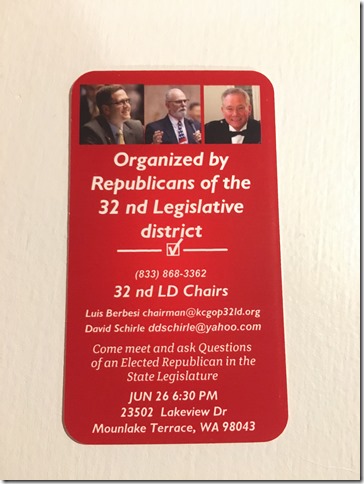 I sometimes see Fortunato at pistol matches at Renton Fish & Game. I like to hang out near him and hear stories about legislative stupidity. It confirms my belief that government power should be limited as much as is practical.

Luis spoke for a few minutes this year at Boomershoot. He is very concerned about the path Washington State is going down. It reminds him of what happened in Venezuela and he is working hard to prevent that from happening here.