The San Bernardino elementary school gunman fired 10 shots before stopping to reload his six-shot revolver midway through, a report noted. This gave a teacher’s aide time to lead pupils out of harm’s way.

Some experts think restrictions on high-capacity ammunition magazines, rather than assault weapons bans, may be the best way to limit mass shooting. casualties.

Anti-rights advocates can’t do it.

He also posted a screen shot: 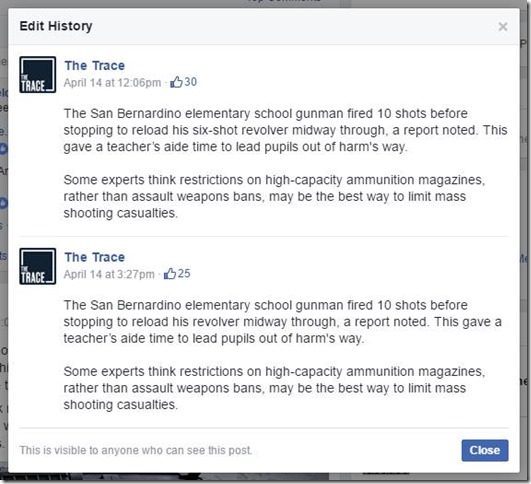 I take issue with Sullivan’s assessment. That error is not mathematical in nature. It’s not even arithmetic. They are demonstrating they can’t even do numbers.

And if they can’t do numbers what does that say about their ability to assess the qualifications of someone who claims to be an expert?

They have crap for brains.

The Trace has since edited the post to remove this embarrassment from public view. It’s a shame they can’t edit their brains to fix the problem at its source.—Joe]

20 thoughts on “Quote of the day—The Trace”