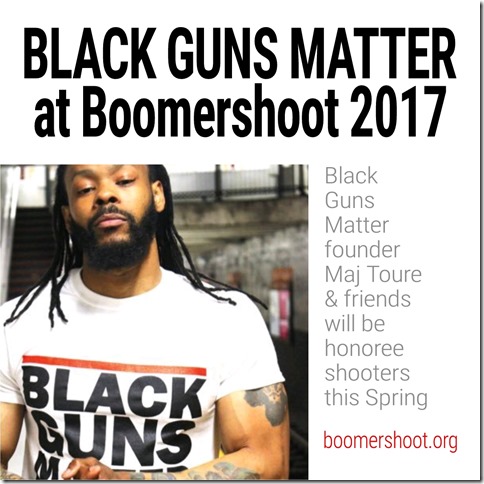 Why Black Guns Matter? Because the 2nd Amendment is color blind.

BGM educates people in urban communities on their 2nd Amendment rights and responsibilities through firearms training and education. @blkgunsmattr

From the battlefields of North Philly in battleground state of Pennsylvania, Maj Toure started BGM in hopes that conflicts won’t end with someone getting killed. You see, gun education brings peace.

(Ah, Chicago. The city I once called home. The city where, despite hefty gun bans, I dodged bullets from inner-city shooters. Go, Maj!)

Shoot alongside Maj and several other BGM members at Boomershoot 2017 by signing up here.

BGM Chicago training is this Saturday, October 8. Share this message to citizens of Chicago and surrounding communities: 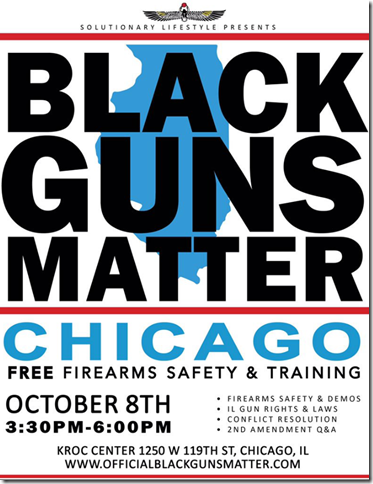