Instead of pointing fingers at the innumerates running Athens, they should consider our own situation. 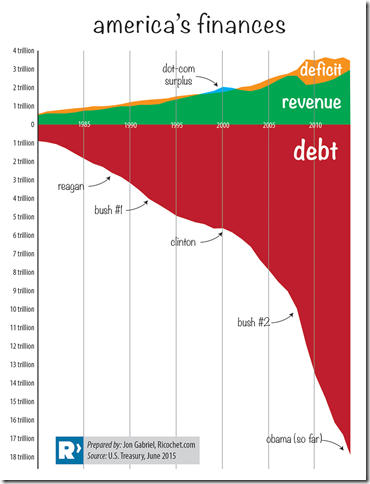 It’s an imperfect analogy, but imagine the green is your salary, the yellow is the amount you’re spending over your salary, and the red is your MasterCard statement.

Jon Gabriel
June 30, 2015
Athens on the Potomac
[I am not the only one wondering if we are watching a version our future play out in Greece.—Joe]

16 thoughts on “Quote of the day—Jon Gabriel”