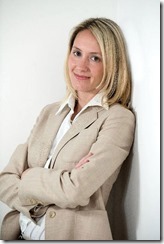 Democratic candidate for Connecticut state representative.
October 16, 2014
Carter, Fay spar over gun control at league debate
[Don’t ever let anyone get away with telling you that no one wants to take your guns.

This is also an excellent example of how people intent on doing evil do not fit the Hollywood vision of an evil doer.—Joe]

9 thoughts on “Quote of the day—Candace Fay”