We’re one of two states who don’t have concealed carry. Chicago is seeing some of the worst gun violence right now — though it had some of the tightest gun restrictions.

Violence goes down when concealed carry is the law. Illinois should pass common-sense legislation. 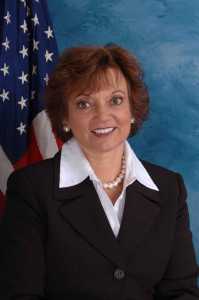 U.S. Rep. Debbie Halvorson, D-Crete
July 23, 2010
Gun fight looming — State legislators expected to reload laws
[Yes. Illinois should do that. When I can discreetly carry in Chicago I might actually consider visiting again. The same goes for California, Hawaii, and a few other places that I am interested in visiting.

Notice also the ‘D’ after her name. She is a friend of gun owners even though I’m sure there are some issues we will be the exact opposite of each other. But until the gun issue is settled we can ignore differences. When we have something we agree on we should work together to accomplish things. Don’t look for reasons to reject someone. Look for reasons to take advantage of their offer to help accomplish mutual goals.–Joe]