From the “Gun Guys“: 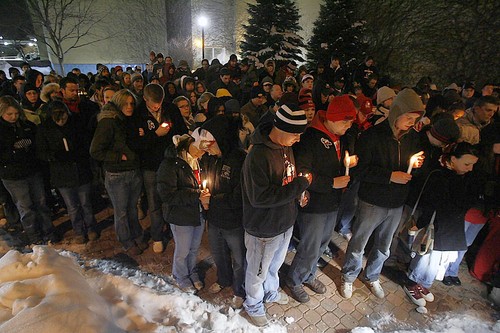 Yeah, I know I’m different. I’m not “normal”. But what I want explained to me is why, when a bunch of helpless people were slaughtered, is it an appropriate response to huddle in a crowd with their heads down? They are emulating prey. And they are demanding that even more people be made defenseless as well. They are acting like stupid grass-eaters. Do they think this will somehow make it less likely for the predators to attack them?

I think it is just the opposite. I think the predators at a very primitive level, if not with total cerebrum awareness, recognize they are stupid and may even think they deserve to be preyed upon. What would the predators think if the response were for the gun stores shelves to be emptied and the ranges filled with people being trained and practicing?

1 thought on “I keep thinking of sheep”