Son James and I watch DVDs of some Science Fiction TV series together nearly every Monday evening. Until we got all caught up with the releases we were watching four episodes of Stargate SG-1 each get together.

About three weeks ago Sean and I checked out a gun store that he had never been to and I had only been to once about 18 months ago. The wall looked like this: 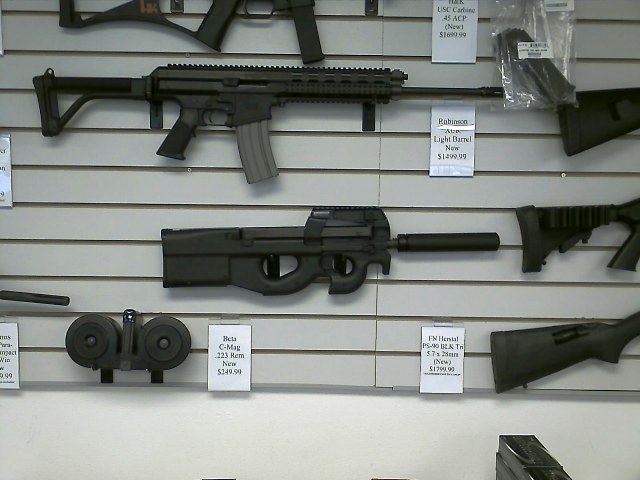 James has been saying he needs to buy a gun. And right there, in plain sight, was a suppressed PS-90 TR (Triple Rail, semi-auto version of the P-90 used by SG-1 as they battle evil aliens from all over the galaxy). I tried to get James to buy it with his bonus money but he was too smart for that. It’s space-a-roma (I think that was the word Sean used) appeal is very high but neither James nor I have a use for one.