Because of the gun range I spent quite a bit of time on my land in Idaho this summer. I saw more deer than people. I’m pretty sure it was the same deer multiple times. They came out of the woods at the same place, ate my crops in the same area of the field, and I’m pretty sure I was recognizing some of them.

Here is a picture of one group of seven (click to enlarge and see there are two next to each other at the upper left) about 250 yards away: 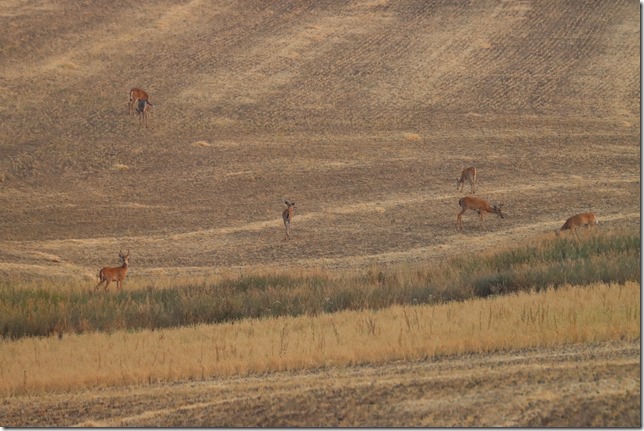 I saw as many as 14 at one time in this same area. Some of them would come as close as about 25 yards away without much fear as long as I didn’t pay much attention to them.

There were also other parts of my field deer visited but this was where I saw them most frequently.

7 thoughts on “More deer than people”