The group gathered at West Lake Center for an Abolish ICE rally and then starting marching around downtown.

Seattle Police say they have received reports of property damage and looting.

Windows of the Starbucks at E Denny Way and Broadway East were seen smashed out as well as the windows of Victrola Coffee Roasters at 3rd Avenue and Pine Street. The Seattle Municipal Court Building was also vandalized.

I used to work across the corner from West Lake Center. Third and Pine is part of Mugme Street.

Watch the KOMO News video via the link at the top of this post. The reporter seems almost surprised the “demonstrators” exercising their First Amendment rights threatened them if they were to exercise their right to film them on a public street.

Here is some of the pictures (I have cropped some of them for better illustration of my point) they took of the “demonstrators” First Amendment activities: 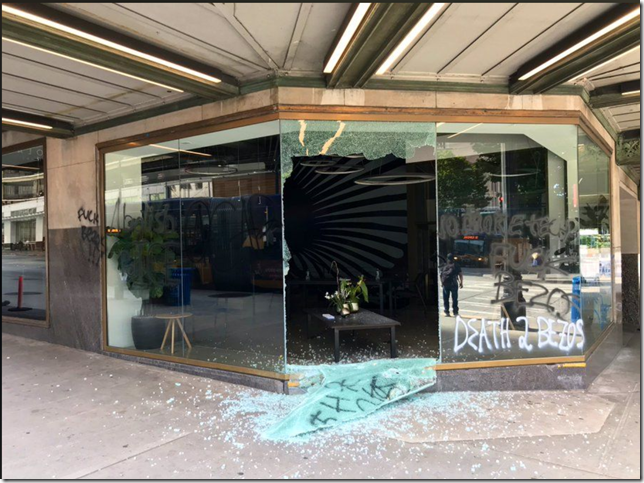 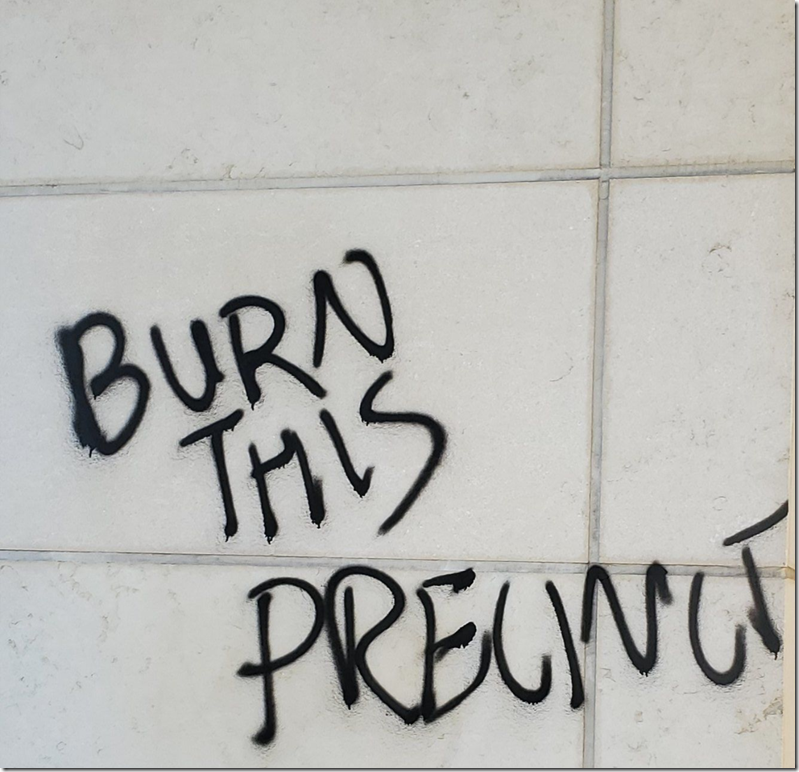 They need to stop calling them “demonstrators” and “protestors”. Call them what they are. They are criminals and terrorists.

6 thoughts on “Just exercising their rights”