Last Thursday evening Barb, some friends, and family members went to the courthouse to watch as Barb and I signed some papers.

This was our point of view:

This was their point of view: 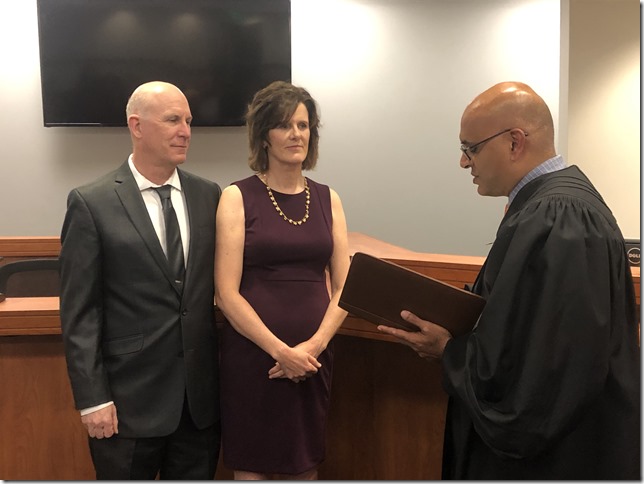 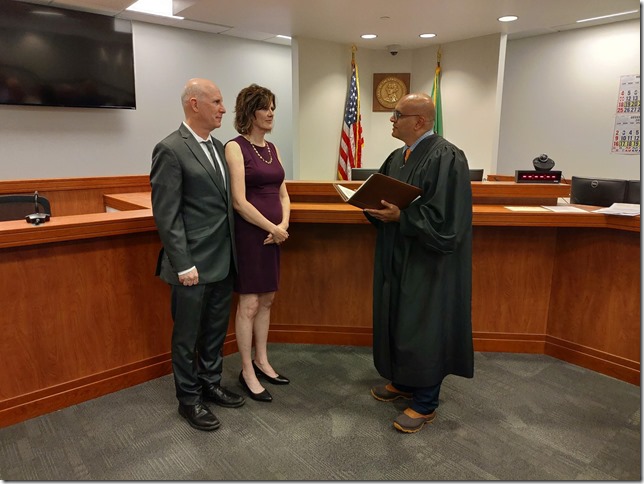 Check out the judge’s boots! It was because of the Snowpocalypse.

The next two pictures were after we had finished. 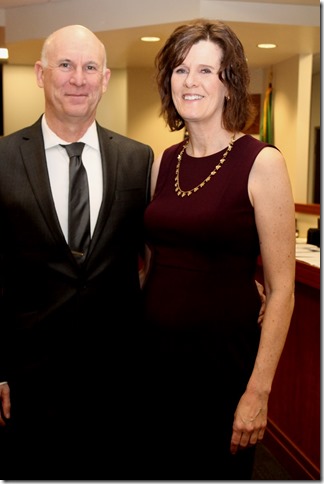 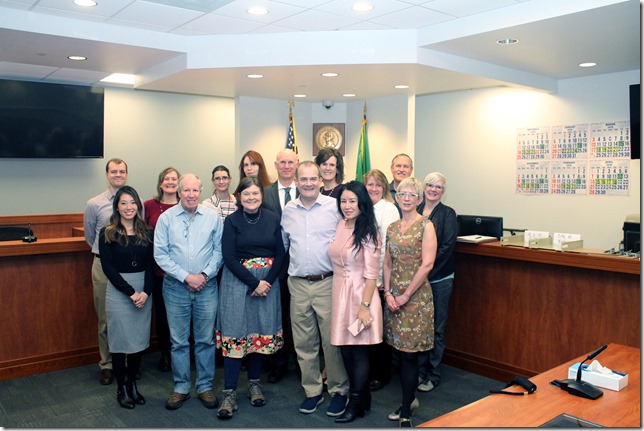 Photo by the judge.

Then most of us went back to our house for dinner and cake. 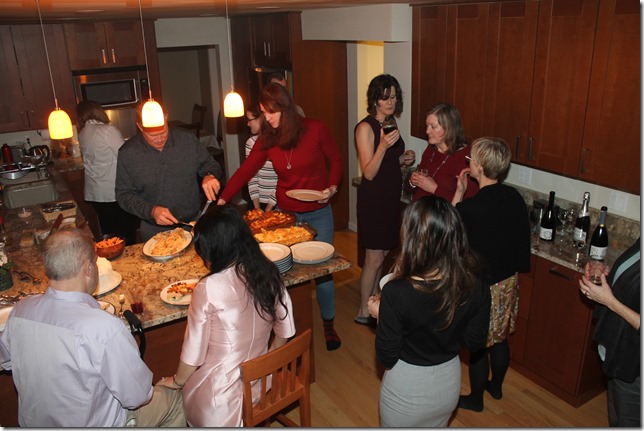 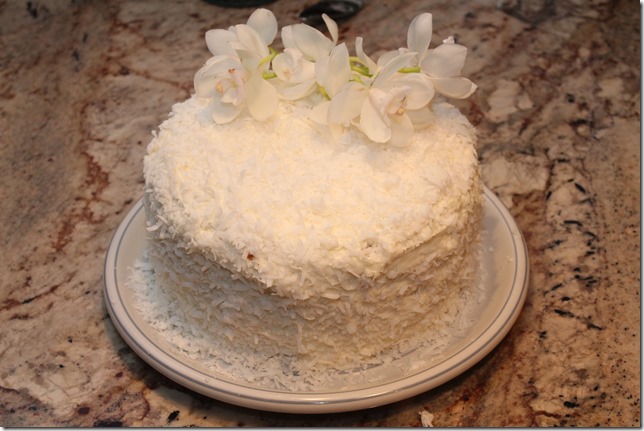 I would have been certain “it would work out” had we gotten married after the first couple of months we were together. After several months the topic of marriage would occasionally come up and Barb didn’t see the point and then after a year or three she was quite clear that she did not want to get married. It wasn’t my preference but I wasn’t going to make a big deal about it and it almost never came up between us.

Then last June she proposed to me (the proposal blog post has been in draft form for months and I just now published it). There were some tax and other issues to resolve and we finally sort of settled on Valentines Day by the November/December timeframe. Valentines Day saves some hassle because you have one less card and/or gift to worry about during the year and you are less likely to forget about it. A bonus is that it is the 65th anniversary of when my parents got married.

21 thoughts on “Signing some papers at the courthouse”