From a gun store, Precise Shooter, just north of Seattle:

As a local firearms dealer, we are committed to delivering the best firearms to local shooters at the best price while fully compliant with the existing laws.

The advantage of AR platform is that it is effectively a “lego set”: different components of the rifle snap together easily even when they come from different manufacturers.

In particular, AR-15 consists of two main components that simply snap together, and upper receiver…

…and a lower receiver… 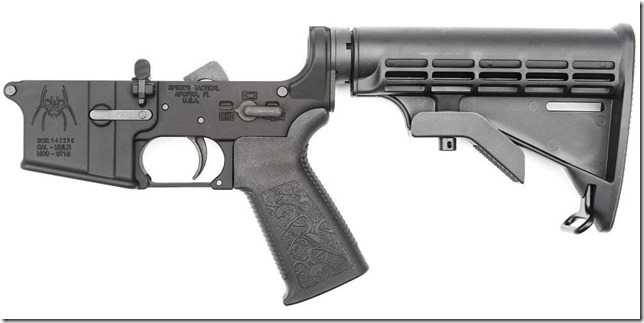 The upper receiver is an unserialized part and can be sold without a background check. The lower receiver is not a rifle and thus is not subject to the requirements of the initiative.

Therefore, if the initiative in fact passes the court scrutiny, you would still be able to buy America’s most popular rifle just as you did before, it will just be coming in two separate pieces. And of course we will be carrying a full assortment!

Lower receiver cannot be sold to a person under 21 per federal regulations. So if you are a young shooter, you have until January 2019 to buy your rifles.

Also, we cannot legally break existing rifles into uppers and lowers if they were designated as a rifle by the manufacturer. But almost every AR-15 vendor makes these two components available separately.

We will be working with Ruger and other manufacturers of 10/22 components to make the same deal available for 10/22 as well. We will also research and make available an economic 22lr solution based on AR platform.

Your friends at Precise Shooter

I hope they sell thousands of guns.