Yesterday I invited people to guess what this was: 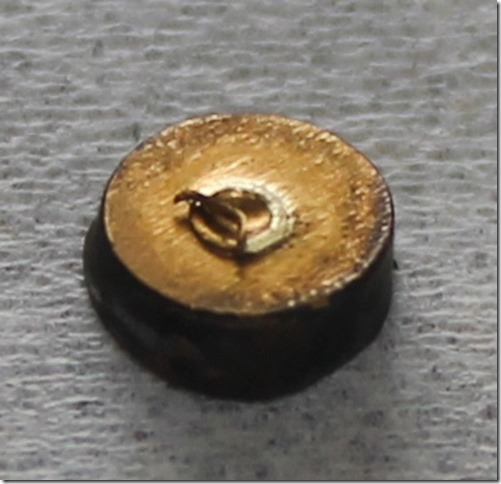 chiefjabboby, using some rather flowerily language, got it right. Drew Rinella was more straight forward with a more complete, and correct, answer.

Below, on the left, is a normal primer which has been fired. The primer above is in the middle below. Most of what is left of the case is on the right. The rest of the case is stuck in the chamber of my STI DVC Limited (chambered in .40 S&W).

I strongly suspect I got a double charge in one of my reloads. I didn’t think it was possible. It’s true, as I told myself when I started using this load, that a double charge would not allow the bullet to be fully seated. But I didn’t actually try it.The bullet compresses the double charge and the powder pushes the bullet part way out. But it’s only about 0.040 over the usual overall length (OAL). So, it’s quite possible I overlooked this during my final inspection.

The magazine was blown out of the gun and forcibly disassembled. This was essentially all I could find of the pieces. Note the spring is all crooked. What doesn’t show up is that the feed lips are quite a bit wider than a normal magazine. 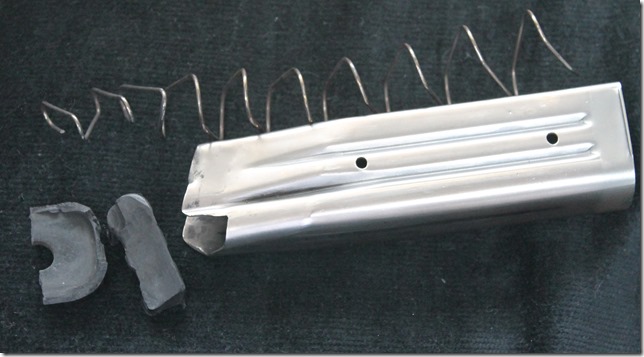 There was some damage to the gun. I had to hammer it to get the slide open and the ripped apart shell casing out. I suspect the slide is beyond repair. The ejector pins were sheared off but it’s possible they were broken before the incident. The extractor was loose in the slide and the metal below the head of the extractor was pushed down and slightly torn: 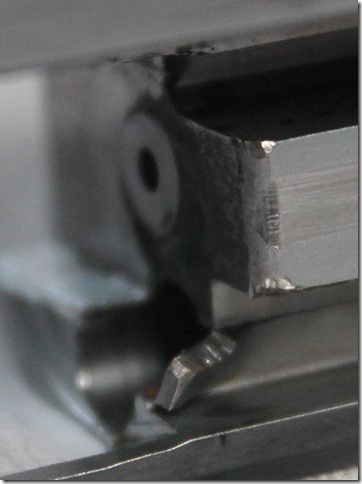 I was not hurt but there were strange smoke patterns on my hands where gases came out of all the gaps between the slide, frame, and grip:

My face got peppered with tiny bits of something and stun for a few minutes but it did not break the skin. I had a slightly shadow on my face around my safety glasses giving me a bit of a raccoon appearance.

I disassembled the gun to examine everything carefully. Here is what a mostly disassembled STI DVI Limited looks like: 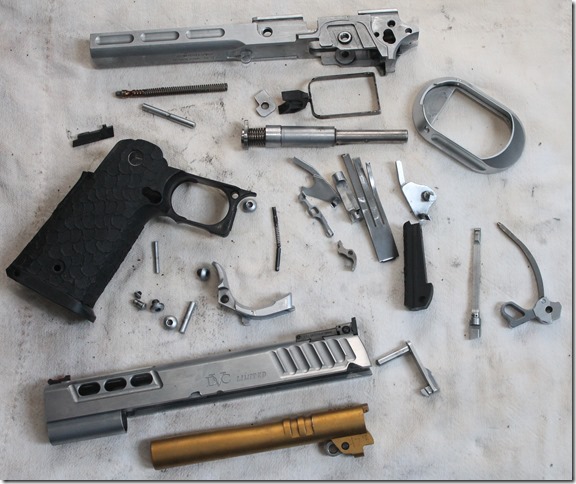 I plan to reassemble it and ship it off to STI to see if they can repair it. And before I use any more of  that ammo I’m going measure the OAL on every cartridge (I think I can use a case gauge). I have a backup gun which I used at a USPSA match today. And I expect I will be using is for a quite a while. STI is notoriously slow in turn around time and I may have to buy a brand new gun. And the last time I checked the wait times were quite long for new guns.

I put about 45,000 rounds through it. This is more than the approximately 40,000 rounds I got out of my STI Eagle 5.1 before it had a serious failure and became my backup gun.

It’s probably time for me to buy another gun regardless of whether the DVC Limited can be repaired or not. Heavy sigh…