We have this myth of the Militia, of the Patriot, of the 3% who will fight back against an evil government.
But the reality is that many states already outlaw normal handguns and rifles, and we’ve not seen any organized resistance.
And when the government gets really violent and goes beyond passing laws into burning children, still the ‘militia’ is nowhere to be seen.
Don’t count on other people to save you. Count on your closest friends and family.
Bring them to Boomershoot so they can experience the sheer joy of hitting a 7″ target at almost half a mile away.
Don’t practice wishful thinking. Practice fighting back instead. 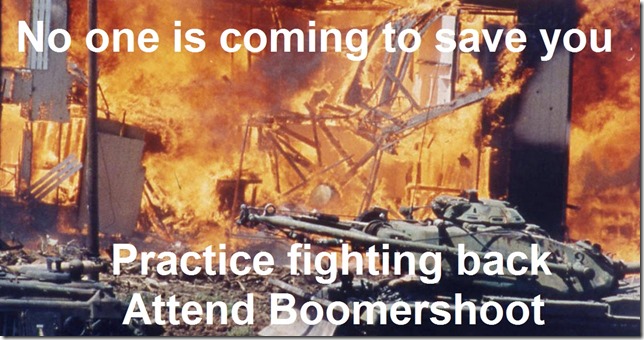 14 thoughts on “No one is coming to save you”