I was reading my RSS feed this morning and Tam informed me Ray Carter died. Last Monday I had read Ray’s Facebook post saying he was in the early stages of liver failure and had at best three to four weeks left. It was the cancer that was discovered in, I think, 2013. He had said Boomershoot was on his list of things he always wanted to do so Ry and I made it happen in 2014. By that time the cancer was in remission and I hoped Ray would attend more Boomershoots but that didn’t happen. Ray was working for the Second Amendment Foundation at the time and I asked if he would be the dinner speaker and he readily agreed.

Oleg Volk attended Boomershoot that year, had a photo session with Ray, and shared his raw images with me. Here are a few of them: 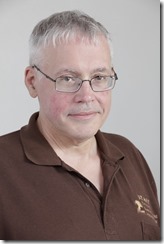 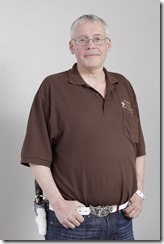 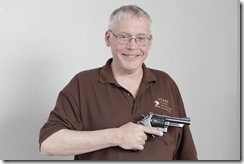 I’ve written about Ray numerous times as has the more well known Seattle Times. Once we were even in the same Seattle Times editorial.

As I explained here I first met Ray when working with Cease Fear which lead to my creation of the Jews In The Attic Test. It was Ray who came up with the name Cease Fear as a play on the name of the main anti-gun group in the state, Washington Cease Fire. You should have seen the looks on their faces when we showed up in Olympia with our signs and shirts to counter their lobbying efforts. It was wonderful.

I still have the shirt someplace. Here is a picture of me wearing it (click on it for a larger version): 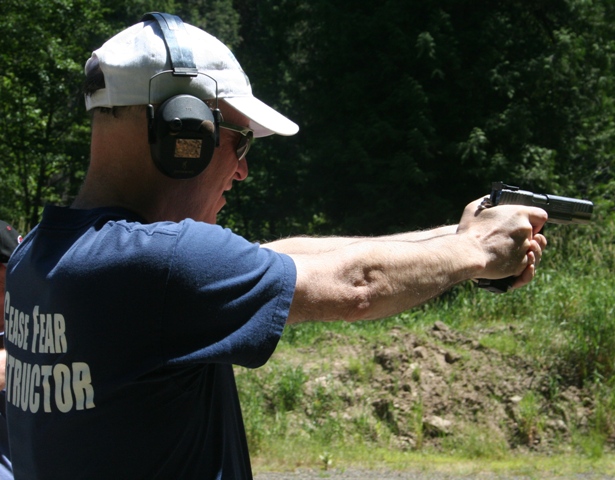 Ray did a lot of work to further gun rights. And being gay he could say things and converse with authority to both gun and LGBT people on how we could work together for mutual benefit. He was a huge benefit to the gun rights movement in Seattle, Washington State, and the nation.

His more visible work in the last decade involved a number of fronts. In 2008 Ray went to work for The Second Amendment Foundation. In 2009 Ray was a plaintiff in a successful lawsuit against the city of Seattle for banning guns in city parks. He was also active in the leadership of the Washington Arms Collectors.

I featured him once for my quote of the day:

The police (and paramedics) are dandy when they arrive. But in the immediate moment of attempted felonious or otherwise violent action being committed upon ones self, persons one is responsible for or the imminent threat thereof a more immediate tool is both appropriate and desirable even in this day and age. It is my observation that a .45acp JHP placed center of mass at approximately 900fps will, more often than not, bring such unpleasantry to a swift halt, though on occasion repeated application of the lesson is required.

He will be greatly missed.