I found this taped on the wall of someone that I had been repeated told was very anti-gun.

I’m confused now. I don’t know what to think about them.

But I do know the comic does a good job of expressing our doubts about the validity of surveys to determine the number of gun owners. 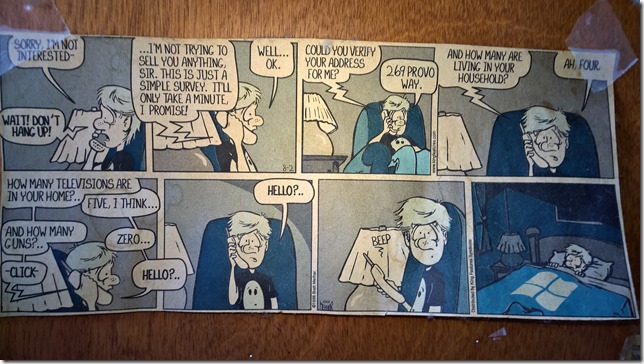 13 thoughts on “Gun cartoon of the day”