After my gun barrel split open I had a reader request that I send the barrel to him for analysis. This is what I know so far:

I cut the end off the barrel to expose the fracture surfaces.  I see no evidence of fatigue at the macroscopic level, the barrel will have to go under the microscope.  I took the intact muzzle section and put it under the hardness tester.  KKM advertises their barrels as being heat treated to 45 HRC.  I measured an average value of 42 HRC with a minimum value of 40.9 HRC.  Heat treatments on small parts are generally +/- 3 HRC meaning a barrel in spec will range between 42 and 48 HRC.  I would state at this point that this barrel was in spec for heat treatment, but just barely and on the low end.  Of course I will send the data out to my senior engineer for review.  He was the chief metallurgist for Remington and I’ll get his opinion on the heat treat spec.

I put the fracture surfaces of your barrel under the microscope today, as well as having the chemistry done.  The chemistry was within specifications, but the manganese to sulfur ratio was low.  What I saw the was most interesting was a crack at a 45deg angle coming down from the front of the first locking lug into the barrel, almost 1/4 of the way through the thickness of the barrel.  This crack looks to have been formed during the repeated firing/cycling of the gun and caused the barrel to rupture in front of the chamber and at the 12 o’clock position.  As the top surface of the barrel came free, this imparted a bending moment on the opposite side of the barrel and caused it to split at the 6 o’clock position.

I am frankly amazed at this failure.  I have never seen shear fatigue in a gun barrel before.  I’m going to send this off to my firearms expert, he’ll find this interesting.

LHS is “left hand side” and RHS is right hand side (breach towards you, muzzle away, in the as-assembled orientation), the barrel having been split in half along the major fracture surfaces.  As you can see there is a crack at about 45 deg from the front of the first locking lug going in the muzzle to chamber direction.  It goes about a quarter of the way though the thickness of the barrel.  I am having the barrel cut by our machinist to expose that crack fracture surface to look for evidence of fatigue.

The color pics are optical microscopy, the black and white are scanning electron microscopy (SEM).

He sent me 18 pictures. I’m posting the more interesting ones: 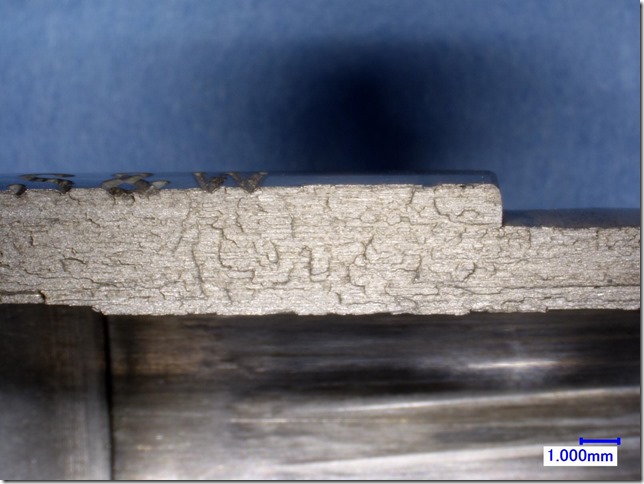 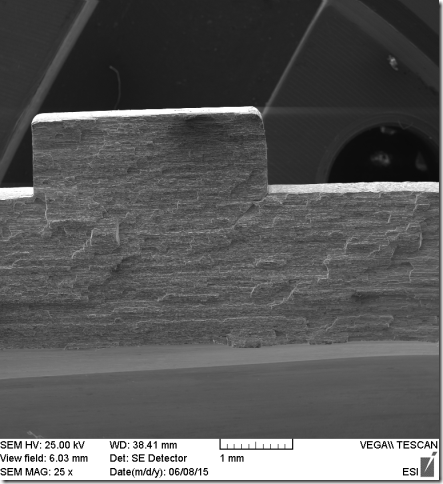 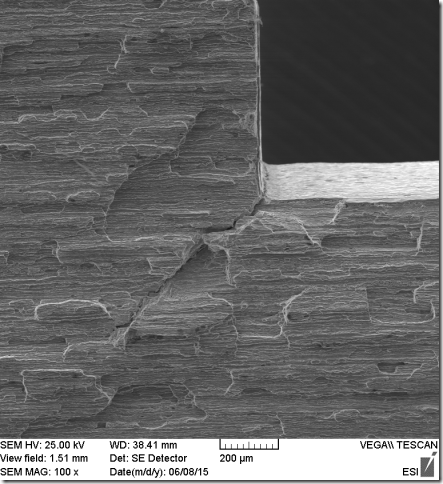 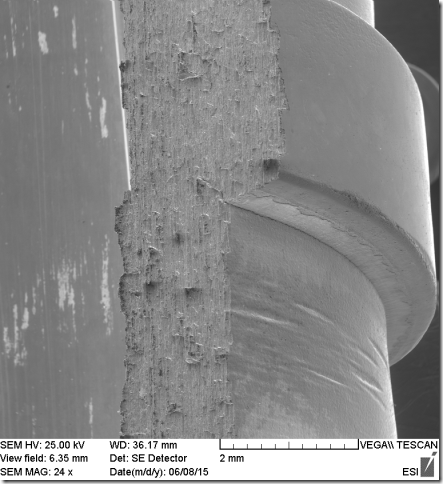 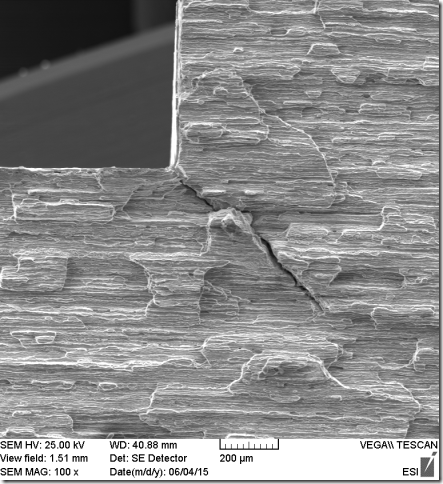 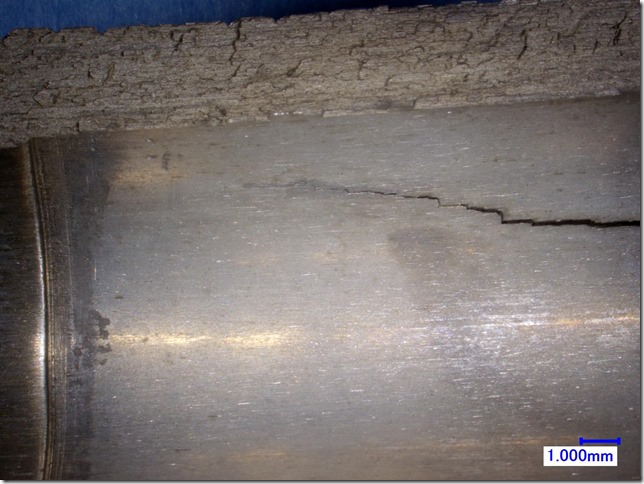 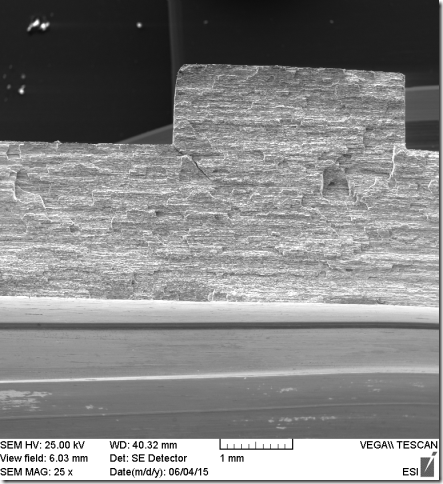