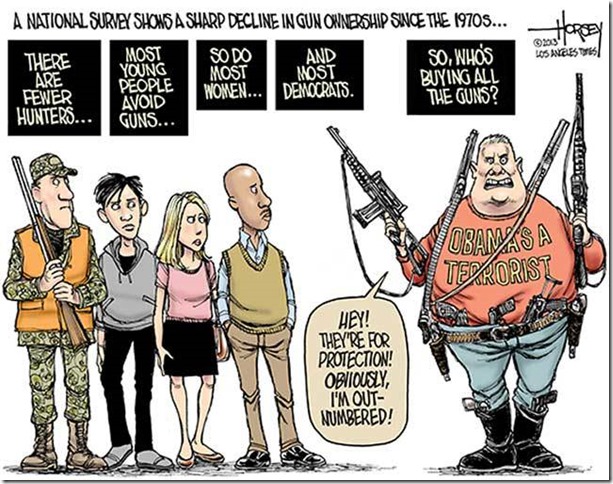 The cartoonist is not only prejudiced and has a negative stereotyped view of gun owners but is delusional. Gun ownership rates are difficult to measure but there are a lot of indicators that ownership rates are going up. The belief that gun ownership is going down is comforting to the anti-gun person. Being part of the “herd” is important to them and their “herd” getting larger provides more comfort. As Heinlein said, “Delusions are often functional.”

I am of the opinion that it is to our advantage to let the anti-gun people keep this particular delusion. For now.