I drove to Olympia today to participate in the rally against law created with I-594. We had a decent turn out. I didn’t stay for the entire thing but it seemed to go very well from what I could tell. People were participating with the speakers and the Washington State Patrol officers present looked bored: 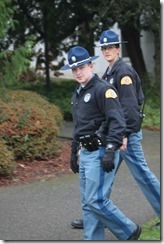 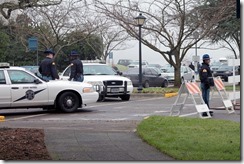 I’m putting the rest of the pictures “below the fold” so that it doesn’t create long load times for the main page for the next week.

I’ll mostly let the pictures speak for themselves: 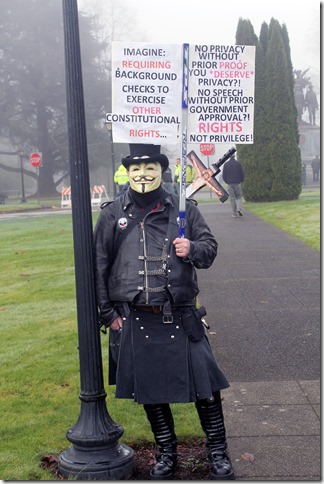 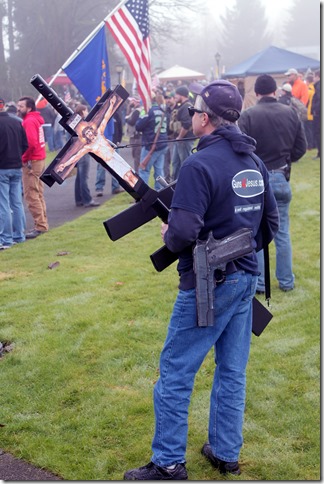 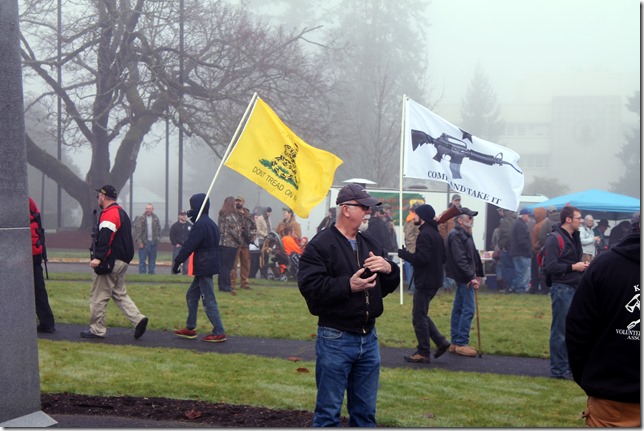 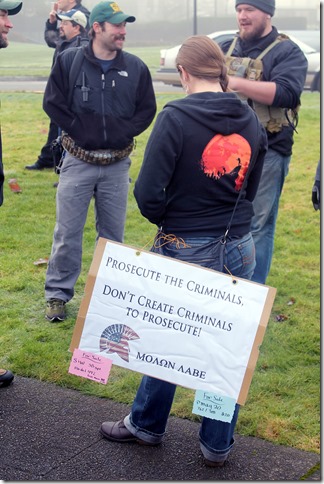 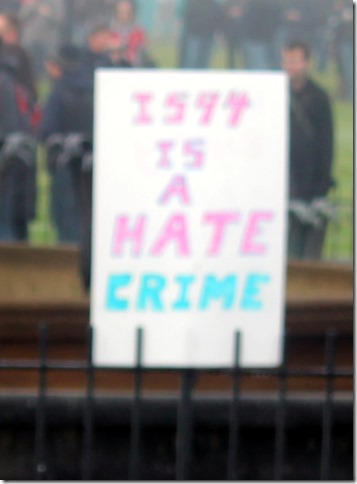 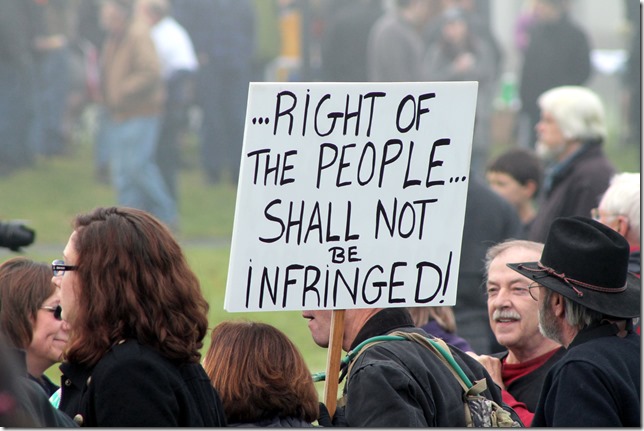 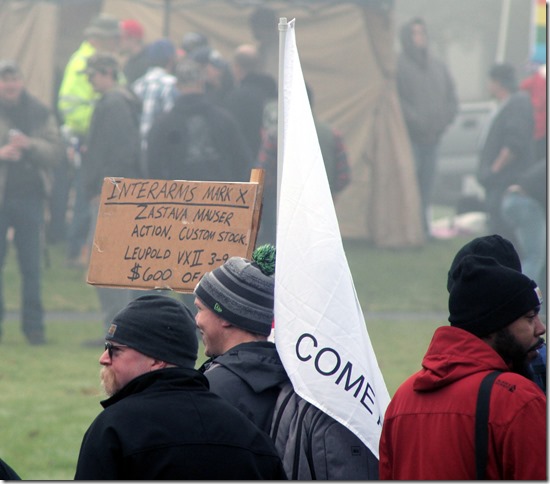 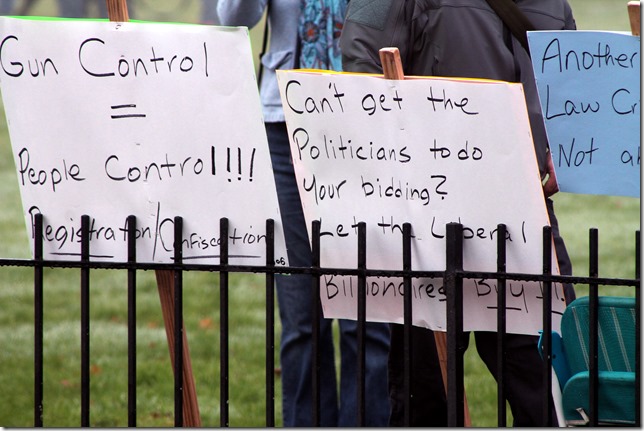 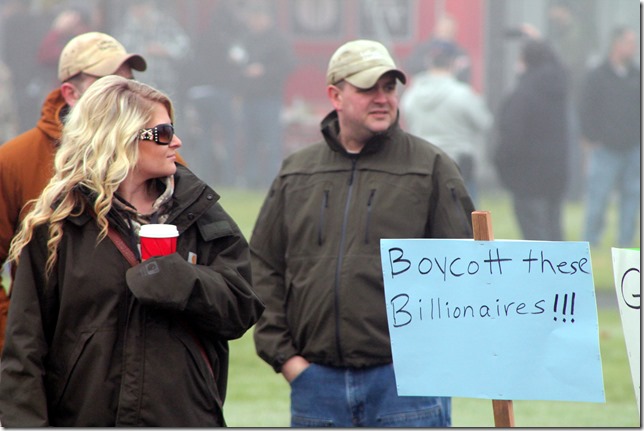 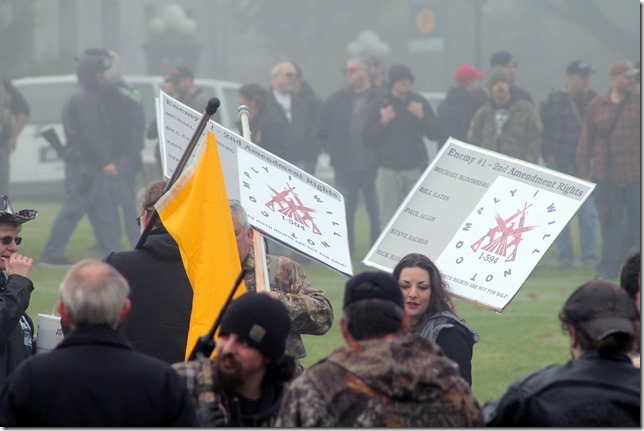 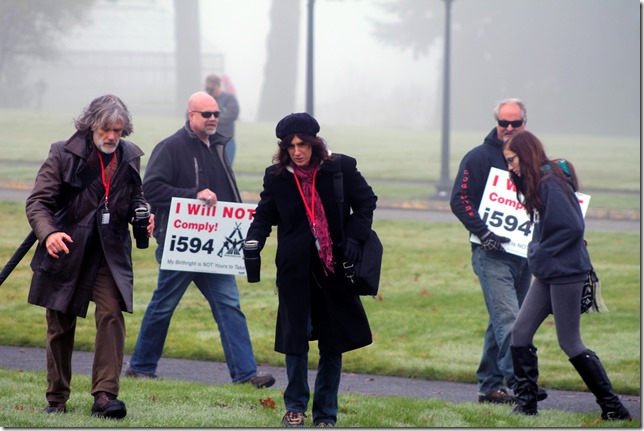 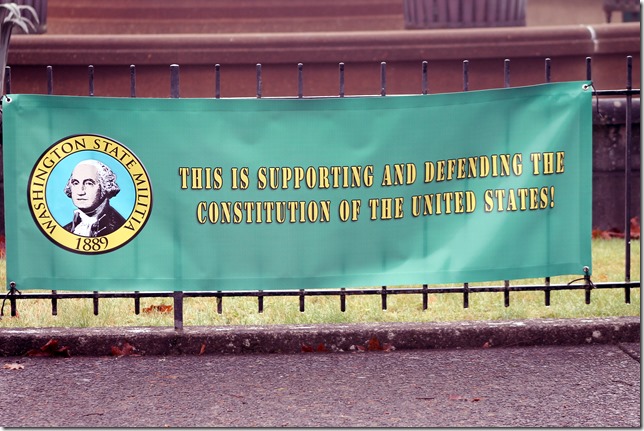 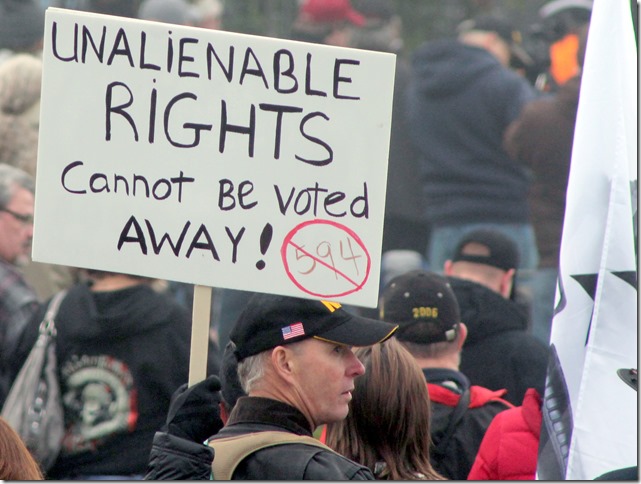 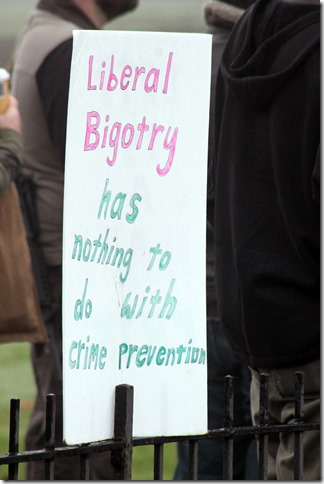 I was pleased to see the bigotry meme present. 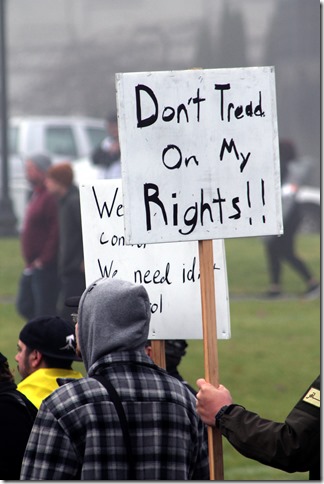 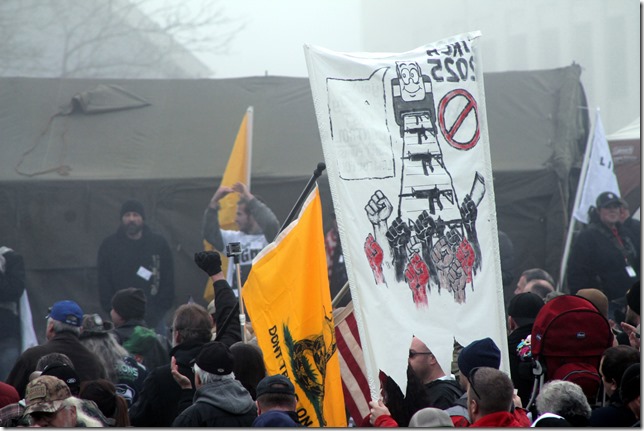 I wish I had gotten a picture of the other side of this banner. I really want to know what it says. Did anyone else get a picture of it? 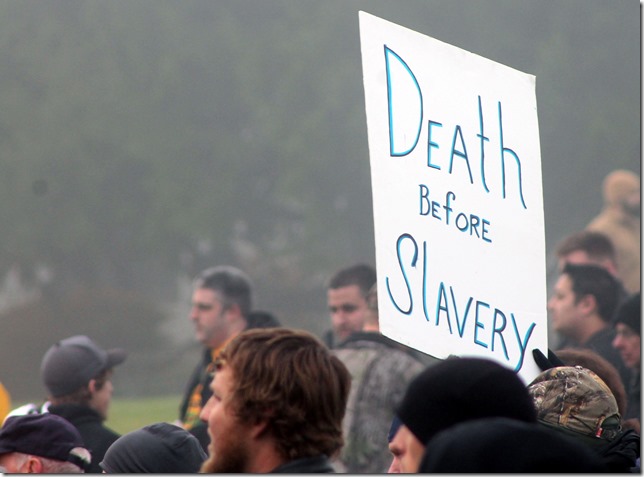 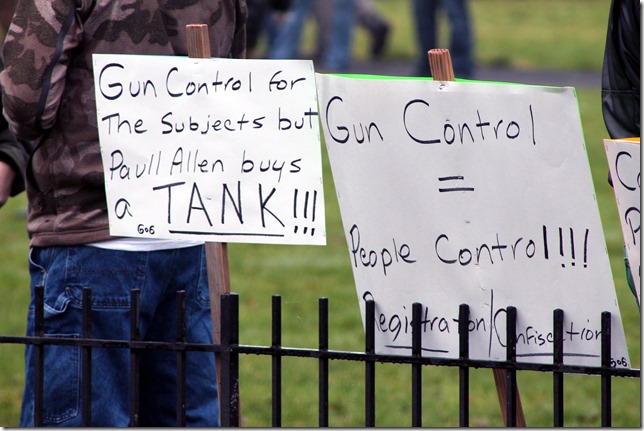 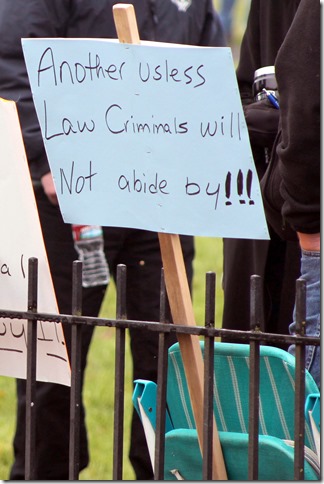 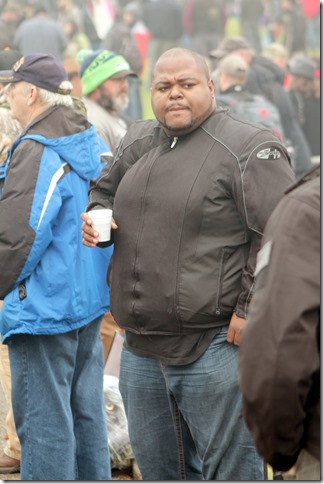 Although the crowd was mostly white there were some people with darker skin. 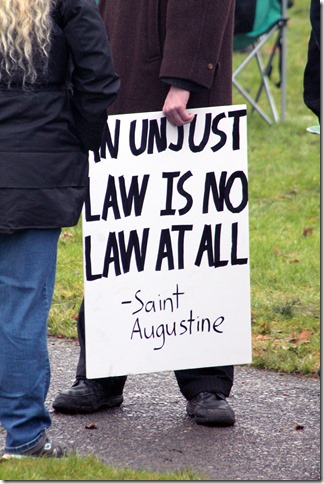 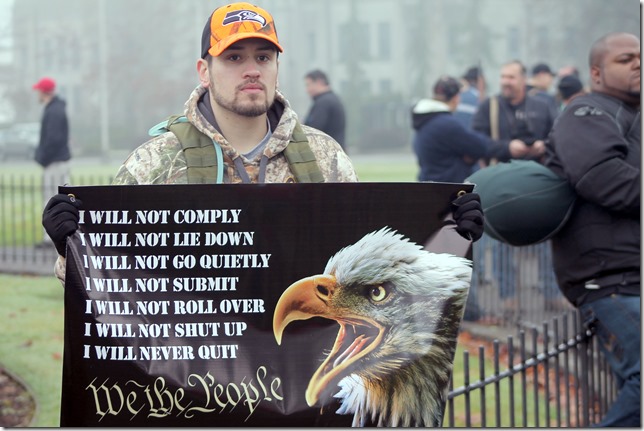 There is another line which got cropped in this picture. It says, “HAVE SPOKEN…”. 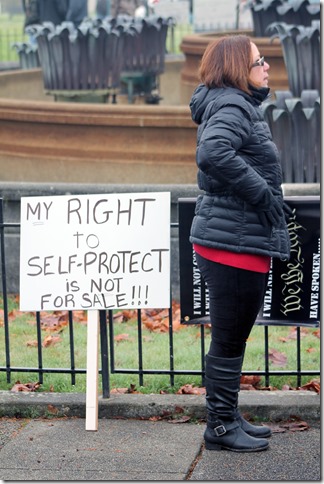 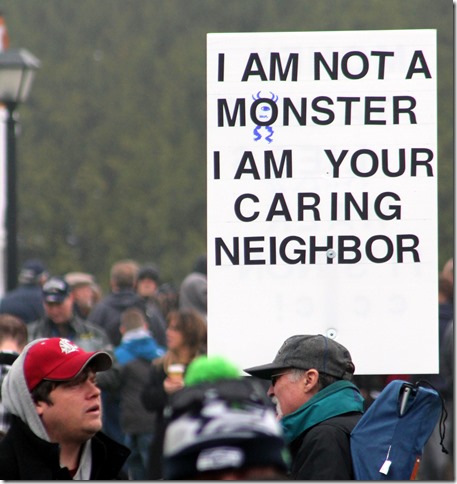 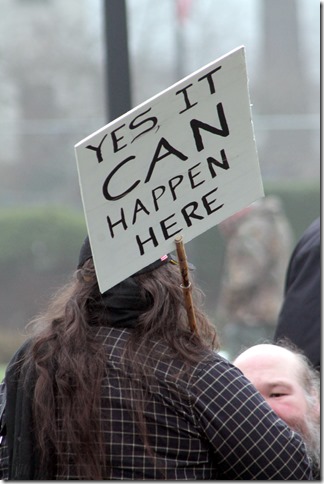 I’d like to add that a case can be made that it is happening here. 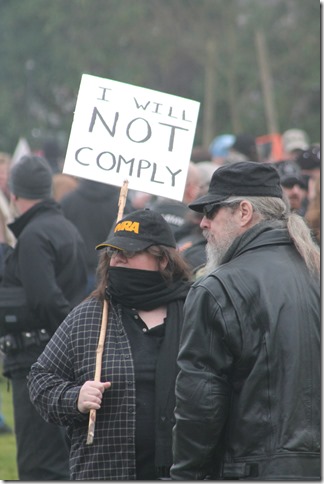 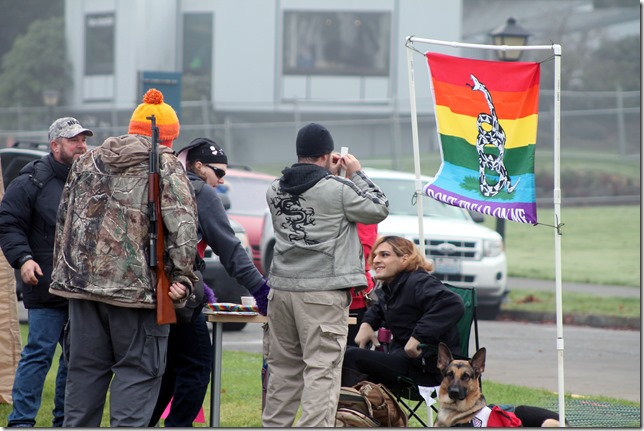 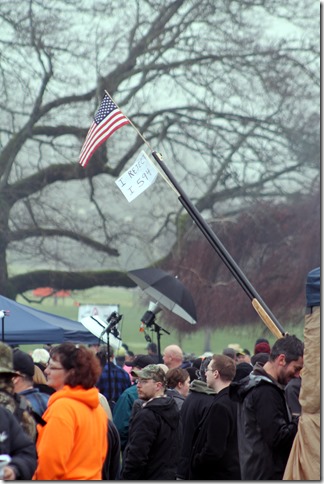 14 thoughts on “#IWillNotComply rally in Olympia”