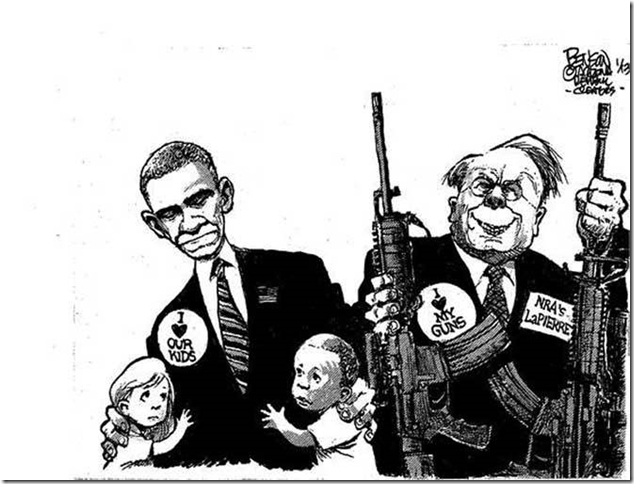 This is what they think of the NRA. They think guns are more important to us than the lives of children. If this was true then why, after the Sandy Hook Elementary massacre was it that the NRA advocated for armed guards at schools? And why did President Obama advocate for restrictions on gun owners that would not have affected any of the school shooters?

The more accurate cartoon would have been one where President Obama is depicted as hating guns more than wanting to protect children. Every school shooting is another opportunity for him and his ilk to attack the specific enumerated right to keep and bear arms rather than mitigate or solve the problem.

21 thoughts on “Gun cartoon of the day”