After President Obama set the precedent with not enforcing the individual mandate and the discussion I had with Ry the other day I thought back to some of the other things he has done along the same line. The rule, in direct violation of Federal law, about reporting long guns sales to the ATF is one example. The selling of thousands of guns to people known to be ineligible to posses them who were delivering them to the Mexican drug cartels is another. And failure to prosecute officials in D.C., New Jersey, Chicago, and New York, etc. for infringing upon the specific enumerated right to keep and bear arm in general.

I was then anticipating the sweet, sweet pleasure of the screams of the anti-gunners at some time in the future. I was imagining that we get an extraordinarily very pro-gun president in office and, just like President Obama, he say you don’t have to pay a particular tax for the next year. The $200 transfer tax on suppressors, destructive devices, and machine guns would be at the top of the list. Form 4473’s are a burden, people affected don’t like them, so don’t worry about them. And, oh, by the way, we won’t be enforcing the NFA 34 registry or Hughes Amendment for the next year either.

At the end of the year, machine guns, suppressors, short barreled rifles, short barreled shotguns, and destructive devices would be so widespread they would be considered, “in common use” and therefore protected by even a strict reading of the Heller decision.

The tears of the anti-gun people would be so plentiful we would collect them, put them in empty pop cans and sell them as reactive targets. Life would be good.

Then I had another thought. Obama also is not punishing the IRS for oppression of organizations opposed to his political party. Nor has he done anything about the NSA spying on everyone. And now the judges being appointed don’t need the support of even a single person in the minority party of the Senate. What justification do I have for even having a wild fantasy about something like that? What justification do I have to imagine the socialists will ever lose control of the Whitehouse? Or after the next election even either house of Congress?

The reality is that I need to put more effort into Plan B.

My next shipment from Dillon Precision arrives on Monday: 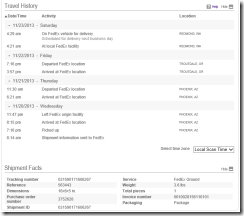 2 thoughts on “Random thought of the day”