I was dreading working in downtown Seattle but the nice office with a view at least partially makes up for it.

Puget Sound is in the distance on the left: 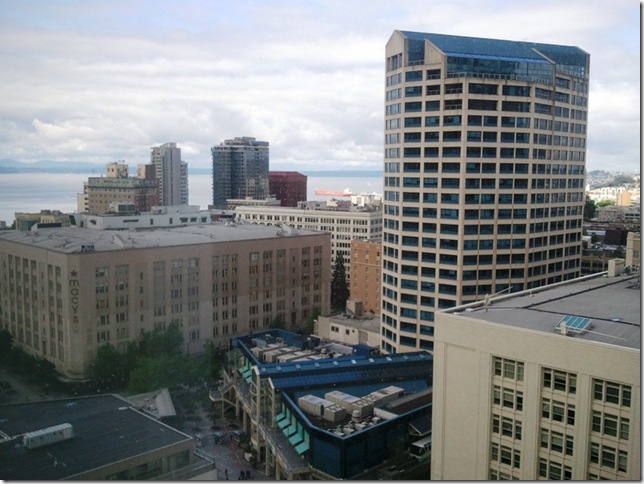 While doing the orientation in California earlier this week I found some other things out about the company that pleased me too. It would appear they very strongly encourage innovation and the particular focus for my MSEE (communication theory) is a better match that what I first thought it would be. Plus they are looking to leverage my experience at Microsoft rather than expect me to retrain for Linux as I had feared.

One of the first things I did after getting my computer up and running was search for, find, and add myself to the company email list for the gun club. Nice!

Also a guy just down the hall from me has several targets on his desk with bullet holes in them. I haven’t talked to him yet but I expect I will before the week is over.