I was reading the article titled “Supreme Court extends rights of gun owners” and I was annoyed with the title. The Supreme Court didn’t extend anything. It recognized the pre-existing right and said local government may not infringe that right.

Then I thought about the picture they used in the article. It wasn’t of gun owners and gun rights activists waiting for the decision. It was the anti-rights people: 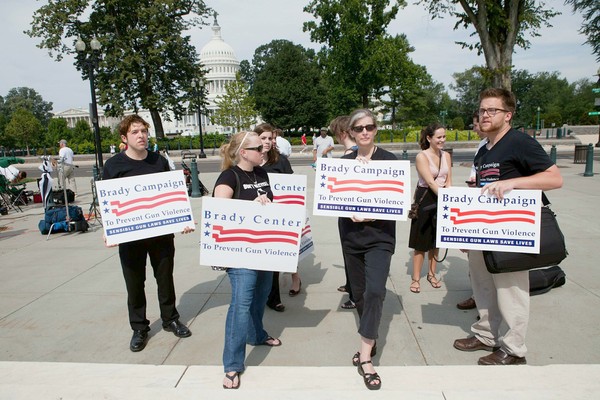 Would the LA Times have used a similar picture of the KKK standing outside the Supreme Court waiting on a decision regarding the rights of non-whites with such a neutral caption? What’s the difference? The Brady Campaign and the KKK both want to use the force of law to suppress the rights of others. Sure, the KKK sometimes took violence into their own hands. But the Brady Campaign has a lot of innocent blood on their hands too. Some of it via criminals enabled by disarmed victims and some of it via the enforcement of repressive gun laws against private citizens (Ruby Ridge and Waco are the better known examples).

The biggest difference that I see is had the KKK been standing outside the Supreme Court there would have been more of them. The KKK had far more public support and members than the Brady Campaign ever has. They are fringe group by any definition of the phrase and they need to be politically extinguished.

8 thoughts on “What’s the difference?”