Dads with pretty daughters do. 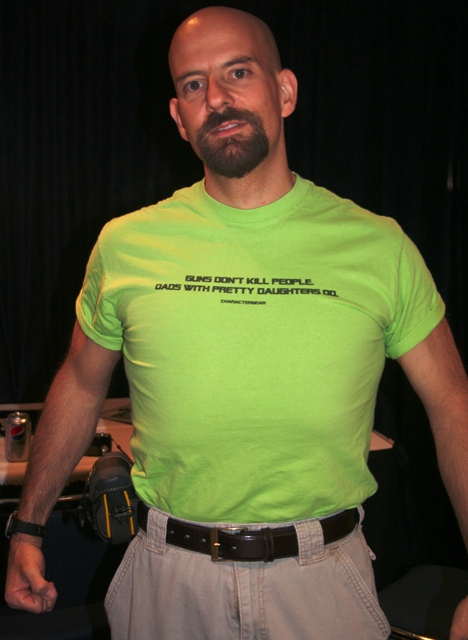 Jay G.
On his t-shirt May 16, 2010.
[I can’t say that this actually happens that often. It was something I generally wanted to avoid but I did tell my daughters there was a “Blood for Tears” policy in effect (each girl tear would result in an ounce of boy blood) and they should inform the boys that came prowling. When I asked a couple of the boys if they had been fully informed they seemed surprised.

It turns out neither of my daughters had informed any of the boys.

I can’t imagine why they failed to do that. They are usually quite responsible. I would have hated to have been in the middle of a blood letting and had one of the girls back up the boys claim that he didn’t know.–Joe]