Via an email from Chet: 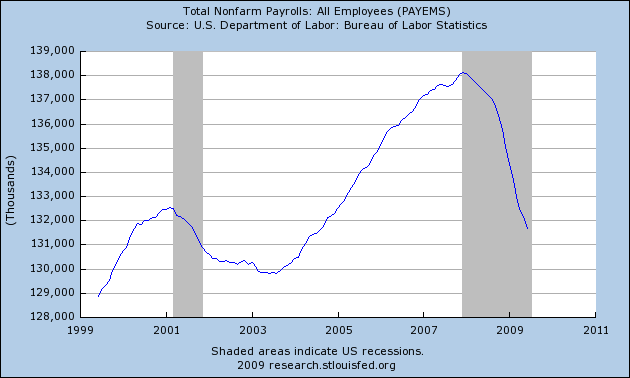 The source is here.

I’m sure glad the stimulus plan saved 150,000 jobs since February. Just for scale, assuming the claim was true, those alleged 150,000 jobs account for about two widths of the horizontal lines in the above graph–since the beginning of the recession in the middle of 2008 about 6.2 MILLION jobs have been lost. Hence those 150,000 make a difference of about 2.4%.

So the government authorized spending nearly $800 Billion of money they didn’t have and now is considering spending more in a second attempt.

I think I see a trend here–these people just don’t learn, do they?

2 thoughts on “I think I see a trend here”