When I got home Friday night Xenia had a couple of friends there for the night–Sara and Cortney. I don’t know exactly how it came up but Boomershoot was mentioned and Cortney blurted out, “I want to go to Boomershoot! Have you guys been there?”

My response was something like, “What?” Xenia and Sara have been working at Boomershoot since at least 2003. Here is a picture of them there then. Xenia explained that she and Sara help out at Boomershoot and that I am the person who runs Boomershoot. Her eyes got big and I’m not sure she really believed it until we showed her pictures and the KING5 Evening Magazine video. She wanted to know when the next event was and if she could go. It ended up, assuming she gets her parent’s permission, she will be working for me at Boomershoot 2007.

Sara has been saying she wanted to go shooting for quite some time. She said she had done just a little bit of pistol shooting before, a .44 Magnum, and it was fun. I wasn’t quite sure what to make of it. A .44 Magnum? Sara is not a large woman. She’s almost tiny.

Anyway I invited the girls to go to the Lewiston Pistol Club’s Steel Challenge match today and Sara was the only one that really wanted to go. I brought along a Ruger Mark II (.22 LR) for her while I shot my STI Eagle in .40 S&W. I was very impressed with Sara. She had very few misses. She just nailed those plates. And on one stage she had a string where she hit all five plates in 5.79 seconds. That’s an average of 1.158 seconds per plate. I guess I shouldn’t be too surprised. At the last Boomershoot she nailed a 700 yard boomer on her first shot. And the Fort Lewis sniper instructor coaching her said she had a lot of natural talent and should consider joining a rifle team.

I received the results via email a little bit ago and will put them up on the Lewiston Pistol Club’s website tomorrow. I’m proud to tell you that she didn’t come in last. She beat one guy on every single stage. Here are some pictures of Sara at the match: 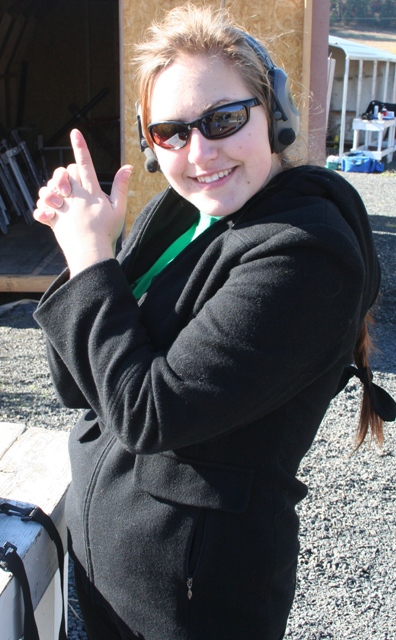 Can you tell she is excited to be there? 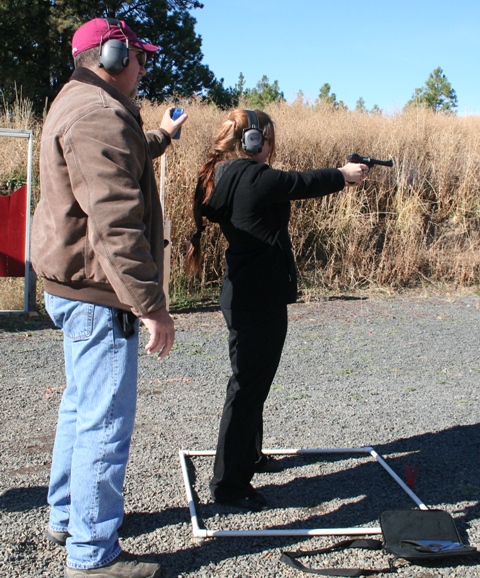 Not a perfect stance but pretty good. 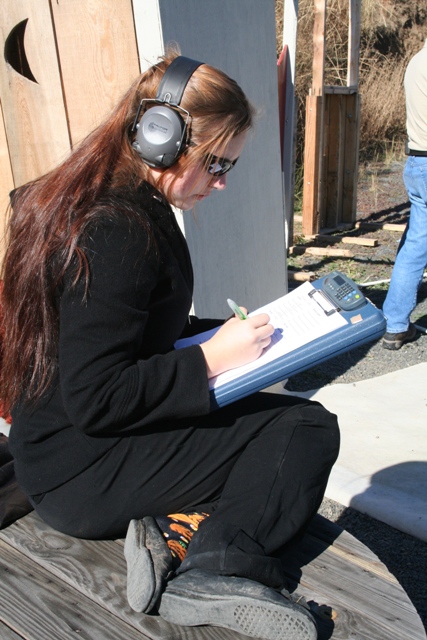 She also helped with score keeping. 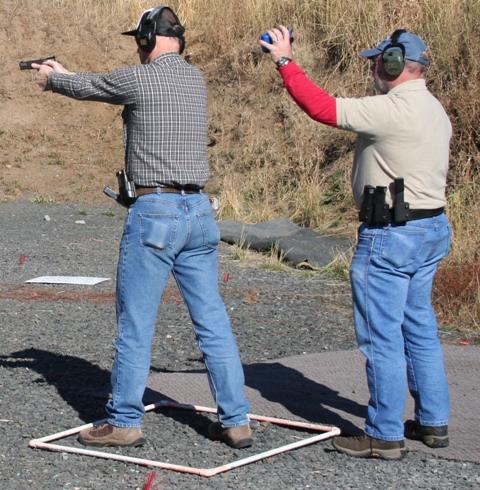 I did some shooting too and came in number six out of 12 shooters.

And another thing… Half way through the match Sara told me was missing the contact lens from her right eye. It had “broke” the previous week. She shoots right handed and at that point I didn’t bother to determine which eye was dominate.

Update: Here are the results.

5 thoughts on “Girls and guns”