Why guns and explosives?  Why would people want to do this?  Why do you do this?  What motivates you to put all this work into something that you frequently lose money on?

I’ve had those questions asked of me many, many times.  In public I almost always give answers that, while true, weren’t entirely complete.  I’d give them this answer about evolution, human curiosity, action at a distance and creating a “magic kingdom“ for long range shooters.  I’d give them the psychology of intermittent rewards.  I would tell them about being able to get positive news coverage for gun owners because it was an unusal event with smart educated people from all over the country (really, it’s essentially from all over North America). Or I would be flippant and give them “Ragnar Benson’s“ quote about having a character defect if you didn’t share our delight with explosives. Sometimes I would tell people who I figured I could trust with the answer to ask me again in private.  That was several years ago.

The politics of this country in regards to gun control have changed.  The turning point has been reached and we have a winning endgame in front of us.  There are still a lot of bigots out there that are trying to make gun owners into second class citizens and politicians that try to use fear of guns to increase their power.  But Federally things have improved in the last five years.  And even in some states like Washington where the Democrats got control of both houses and the governor’s mansion no further restrictions have been implemented recently.  And there are means in place by which you can legally carry your loaded firearm for personal protection in nearly all states.  Alaska now has “Vermont style” concealed carry laws and a few other states are debating it in the legislature.  Even Illinois, a gun owners hell, is debating allowing people to carry concealed firearms.  The war is being won.  We need to keep up the pressure and push the bigots into political extinction rather than let them build up strength and attack us again but if we choose our battles carefully and don’t slack off the victory is ours if we want it.  So, with that in mind I feel much more comfortable in revealing the main reason why I do this thing called Boomershoot.  Because myself and the people I enable will likely not be required to utilize in a life and death situation what we learn from “boomershooting“.  Hence it is unlikely that myself, my friends, and my family will be near the top of a list of people to “question“ in the near future after revealing the primary reason for Boomershoot:

If it ever becomes necessary to start shooting tyrants and “jack booted thugs“ in our country I want as many people on my side as possible.  And I want them to have the equipment and the skills to be able to hit head and chest sized objects many hundreds of yards away.

Boomershoot is about a “magic kingdom” for shooters.  The availability of this magic kingdom is a great motivator for people to acquire the skills and equipment necessary to accomplish the tasks that only a few years ago I thought could come within just a few years.  Do you know how long it was from the time Germany passed their “Weapons Control Act” (our Gun Control Act of 1968 was based on this Nazi law) to when they started the initial, then Final Solution?  The Weapons Control Act was passed in 1938.  Just two to three years from “reasonable” gun laws with the “sporting purpose” test to this (from of a poster I purchased from JPFO): 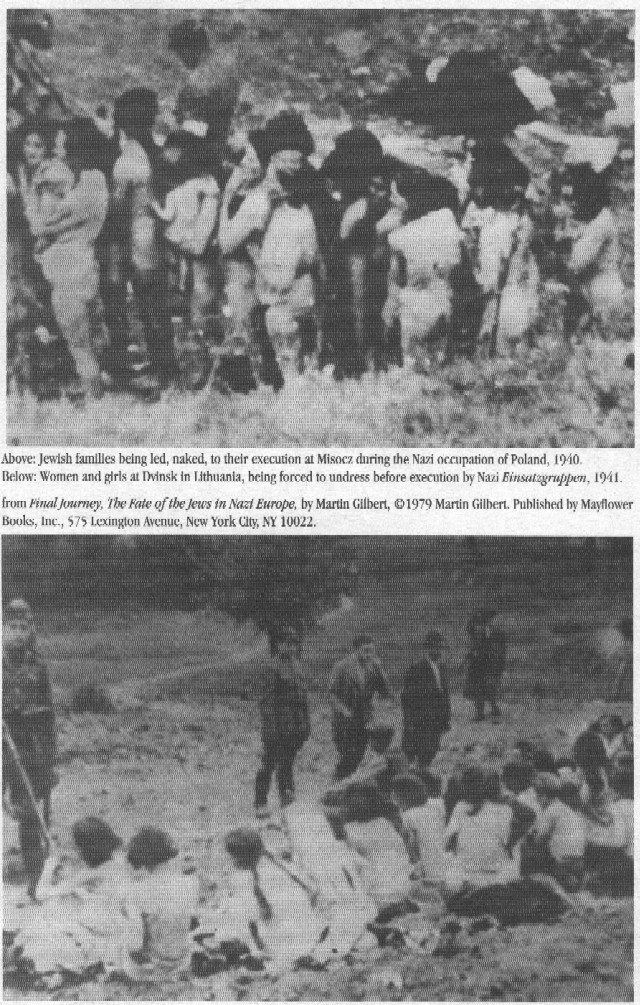 In Rwanda the time from blissful unawareness of impending doom until the slaughter began was measured in minutes.  There has never been a genocide without a prior implementation of gun control.  It’s trivial to come up with 60 million dead due to gun control in the 20th century.  Other estimates range as high as 200 million.  And it is the prevention of those sort of genocides that is my primary motivation.