I run across these sort of things from time to time:

It is with deep sorrow that we announce the death of Joe Huffman of Wilkesboro, North Carolina, who passed away on February 3, 2022, at the age of 84, leaving to mourn family and friends. You can send your sympathy in the guestbook provided and share it with the family.

He was predeceased by : his parents, Earl Thomas and Martha Cisco Eller Huffman; his wife Linda Adelaide Ellis Huffman; and his siblings, Patty Sue Wingler and Shelmer Blackburn, Sr..

He is survived by : his children, Patricia Huffman Shacklette (Peter) of Roanoke Rapids and Keith Huffman (Barbara) of Wilkesboro; his grandchildren, Ellis Shacklette, Brad Calloway and Brittany Hemric (Logan); and his great grandchild Mila Hemric.

That was Captain Jesse Gray. He was born in North Carolina. He fought and was captured at the Battle of King’s Mountain in 1780. He later fled to Nova Scotia where he was granted land for his service to the Crown. His great grandson, Frank Carey Sr. was born on the 80th anniversary of the Battle of King’s Mountain. Frank came to America when he was sixteen years old and eventually homesteaded on South Road in 1895.

Boomershoot Mecca, where we manufacture the targets, has a great view of the site of Frank Carey’s 1895 homestead on South Road. This picture is from January 17th of this year: Boomershoot Mecca is just behind the camera. South Road is at the near horizon this side of the trees. 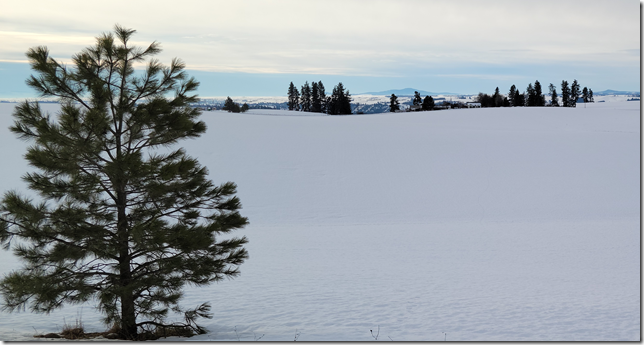 Three of Frank’s daughters purchased the 40 acre field where Boomershoot is now held. One of those daughters was my grandmother. I inherited that 40 acre field.

3 thoughts on “Rumors of my death are greatly exaggerated”