All this awareness would make us liable. Without them its ignorance, if we hire them it becomes negligence and I prefer ignorance. 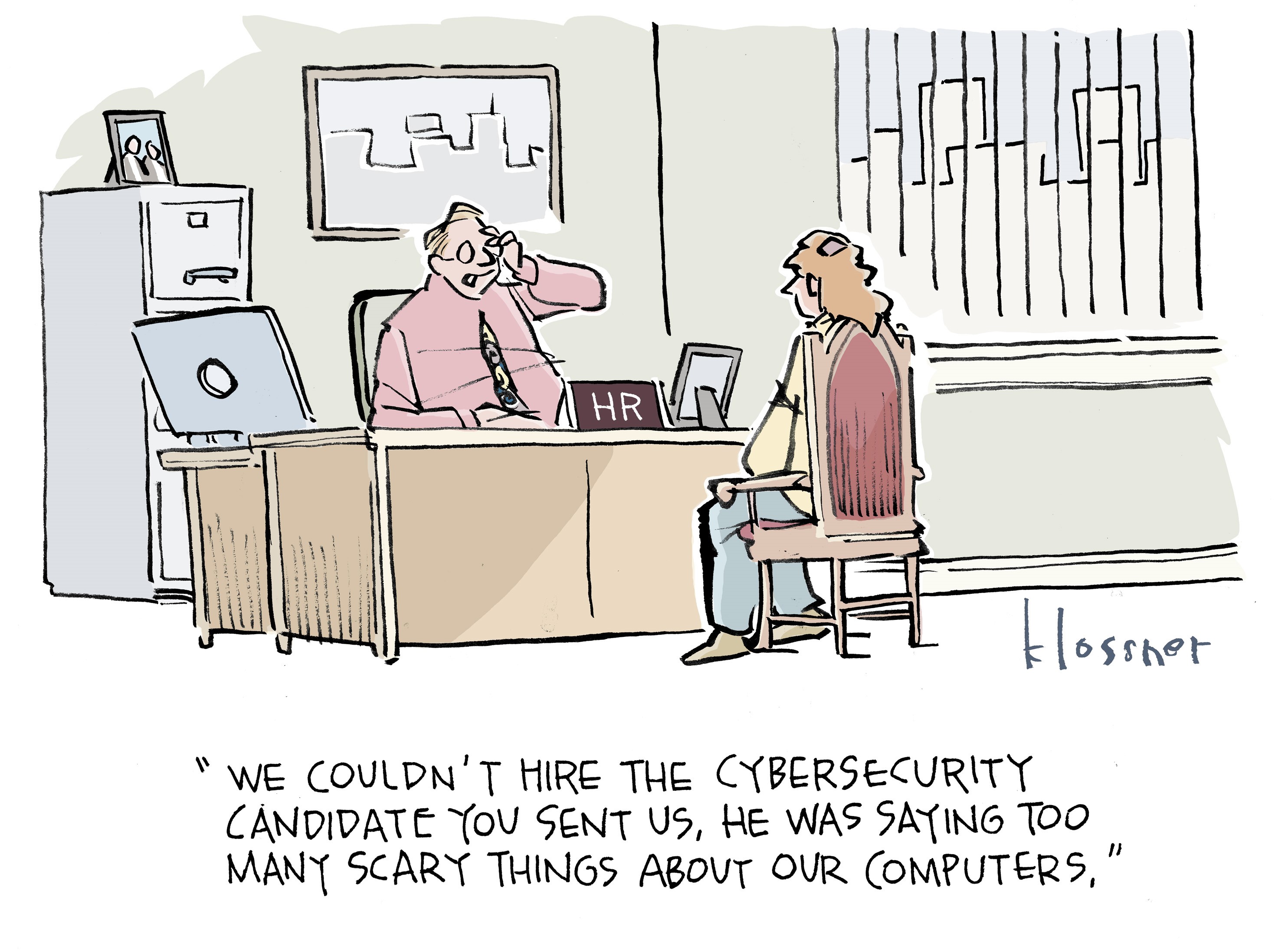 [There is way too much truth in this.

Companies have finite resources. They have to prioritize their cyber security efforts. If something is documented as an active issue, or even a potential weakness, and they don’t address it in a timely manner they have legal liability issues to deal with as well as fixing the problem.

In the “big picture” view of things companies have a lot of motivation to “not put it in writing” until they have the resources to deal with it. On the other hand, if managers don’t show they have a backlog and are overworked they aren’t going to get the resources to fix things in a timely manner. I have more than a little sympathy for cyber security managers caught in this dilemma.

After illegal computer access incidents have been made public Barb sometimes tells me, “I wish they would just stop doing that!” I would be out of a job, but the world would be a better place. So much money is spent on security that from a big picture you see it as huge waste of human and even natural resources (millions of computers monitor and guard against intrusion as their sole purpose). Even when the criminals are caught (extremely rare) they will never have to pay for all the resources spent in finding them and bringing them to justice.

And, of course, it’s never going to happen. Some of these criminals do it for the “free” money. Others do it for the thrill. And some do because they are spies in search of information useful to their country. There are always going to be those type of people. The best we can do is find them, stop them, and prosecute them if we can build a case against them.—Joe]

3 thoughts on “Quote of the day—RyanSepe”