A couple years ago Barb and I hiked to Annette Lake. A couple weeks ago we hiked to Lake Ann. Since it was late in the year we expected there would be few people. We were wrong. Short of national parks, this was probably the most crowded parking and trail we have ever been on. Still, the weather was nice, the views were great, and we enjoyed hike.

The two parking areas were full and this was a sample of the overflow onto the highway:

The trail was generally very nice:

The sky was blue and clear with great visibility:

We stopped for lunch at a clearing which appeared to be from a rock slide:

The lake wasn’t super spectacular but it was pleasant. We stay for maybe 10 minutes before turning around and hiking back to our car. 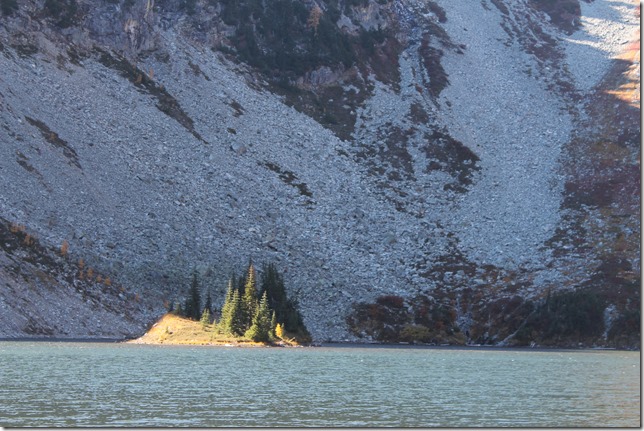 On the way out we found a place where a bunch of very large ice crystals had formed:

On the drive back to our motel in Concrete Washington we stopped at a few viewpoints. This was the best of them:

2 thoughts on “Hike to Lake Ann”