If you have a Serpa holster please throw it away. Tell others to throw theirs away. Don’t go shooting with people who use Serpa holsters.

If I know you well enough I’ll tell you the story as to how I came to this very firm conclusion via an email request. Otherwise ask me at match or other shooting event. I won’t be blogging about it.

I was not injured. 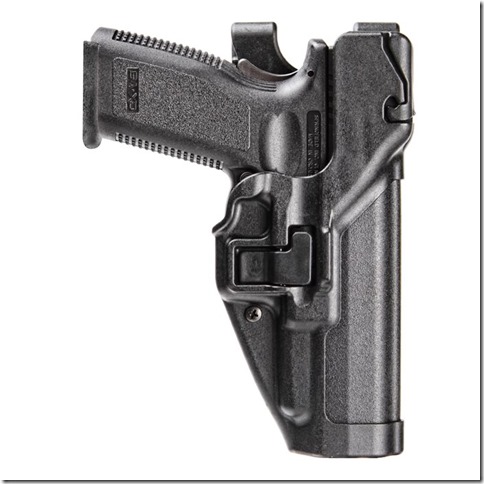 The gun is locked into the holster until you depress the unlocking lever with your index finger. You must keep it depressed until the gun is withdrawn maybe an eighth of an inch. What ends up happening is that the index finger keeps on pressing as the gun is completely removed from the holster. There have been many cases of there being an accidental discharge during the draw because the index finger ends up on the trigger and putting sufficient pressure on it to fire the gun before the gun is pointed away from the shooter.

In the report I have in hand what is believed to have happened was the shooter was moving the gun in and out of the holster practicing the release of the lock. When his finger entered the trigger guard on the partial draw and he then pushed the gun back into the holster catastrophe happened. The shooter survived and probably will make an, essentially, full recovery.