Barb and I went on a walk to Poo Poo Point via Chirico Trail yesterday.It was a little more elevation gain than we wanted (1760 ft.). But it was supposed to have a nice view at the top. The weather was nice so we decided to go for it. We figured we should leave the house before 9:00 AM to be able to get parking easily.

We arrived at the parking lot about 8:15 to find the lot full and the sides of the road filled with cars. “What’s going on?” [Grumble, grumble] We found a place a couple hundred yards away that let us park for $5.00. [Grumble, grumble]

We were at the trail head at 8:27 and saw people with radios who explained this was the landing zone for paragliders and to not dilly-dally around as we cross the zone. [Grumble, grumble]

The hike was more than I was really prepared for. I got winded easily and sweat profusely even though the temperature was in the low 60s. There were a lot of people on the trail. [Grumble, grumble.] It was a nice trail though: 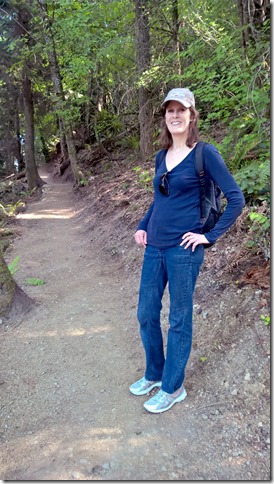 We stopped to rest many times and it took us an hour and 45 minutes to make it to the top.

It was a nice view. It was a very nice view: 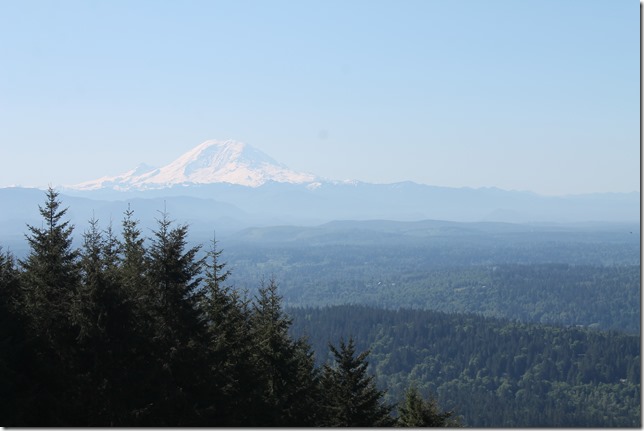 But there were all these people: 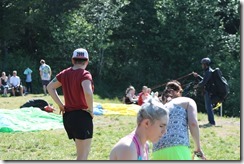 Oh. They were launching paragliders from here! Cool! No more grumbling.

This was an unexpected bonus. More pictures below the fold:

Mount Rainer, as the crow flies, is 46 miles away. 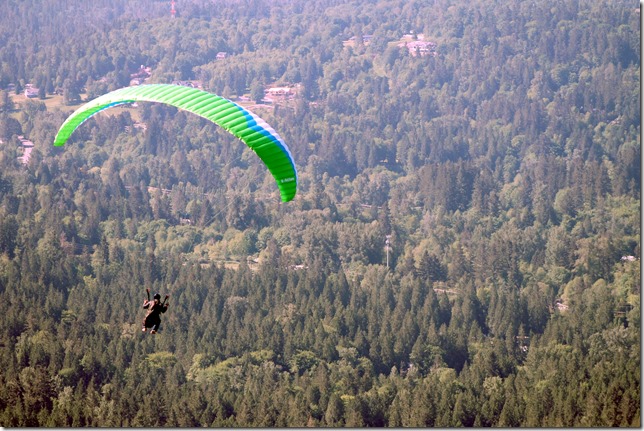 Some people wore funny hats for their trip off of the mountain. 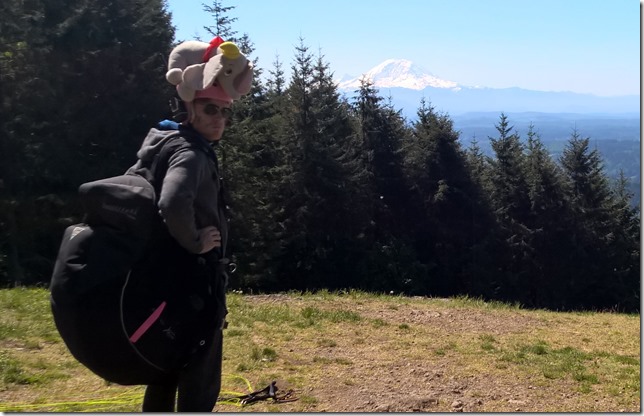 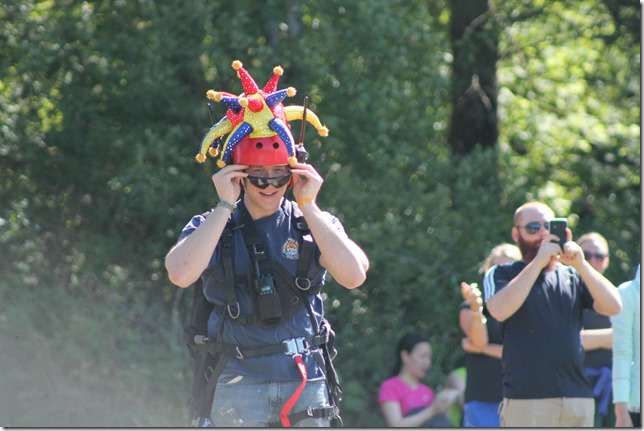 This guy’s hat (photo by Barb) wasn’t quite as odd, but he walked off the mountain instead of paragliding off. I think he is scared of heights:

Another not so funny hat that walked off the mountain: 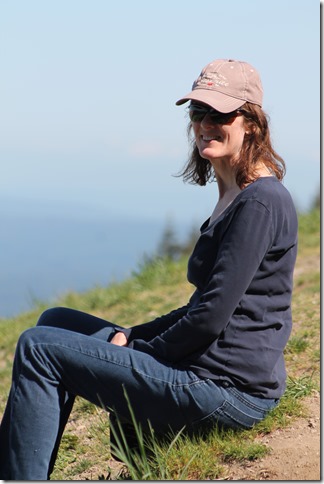 But I’ll bet she could have gotten a free ride if she had just smiled right at the shuttle driver: 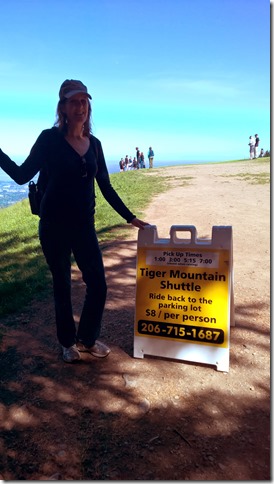 There were a lot of dogs on the trail as well as people: 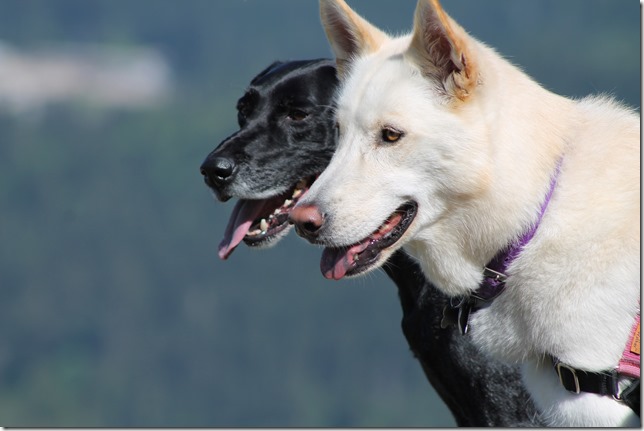 This is Poo Poo Point. This is about a quarter of a mile from where we saw them launching. Both sites are used depending on the wind conditions: 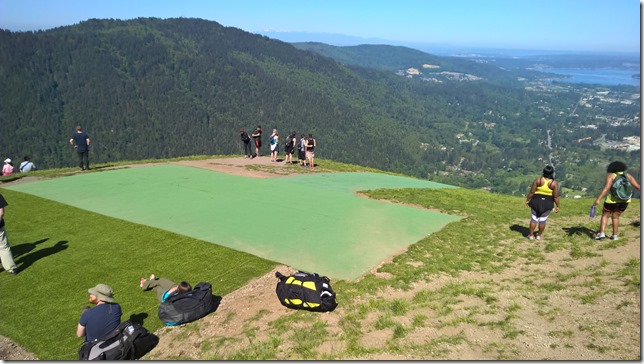 Bellevue is over 11 miles away from Poo Poo point: 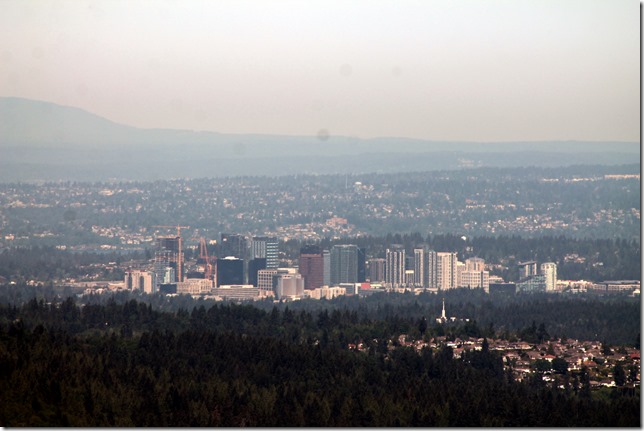 It was really cool to see them launching: 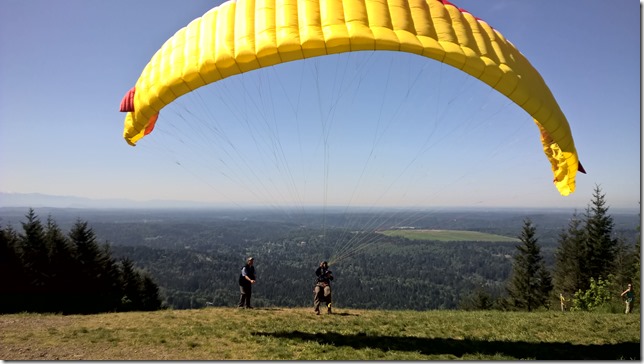 The landings were pretty neat too: 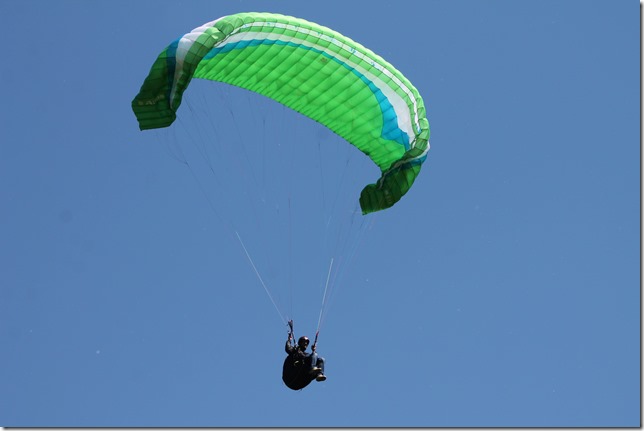 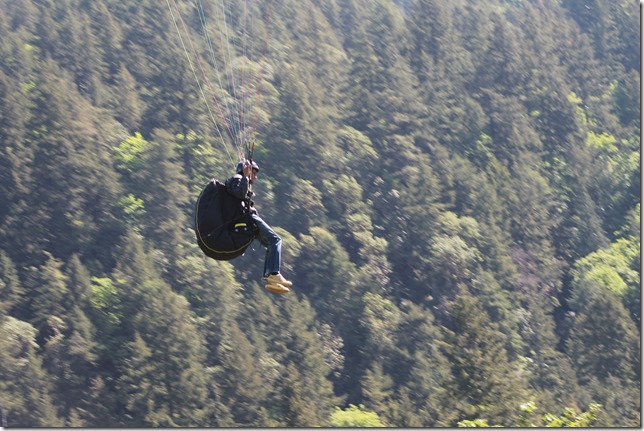 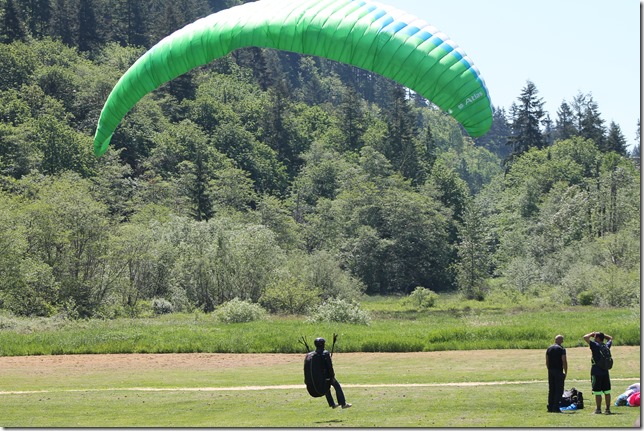 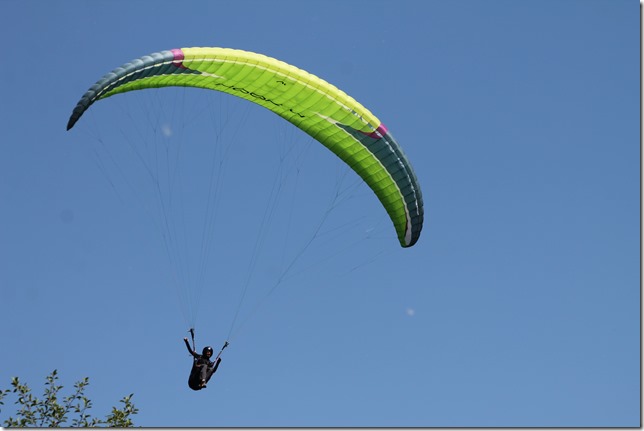 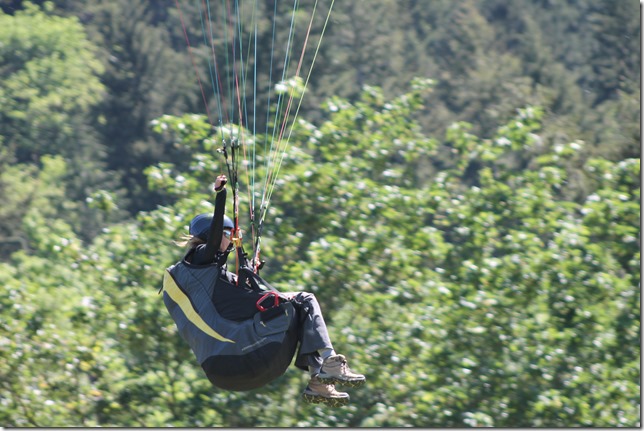 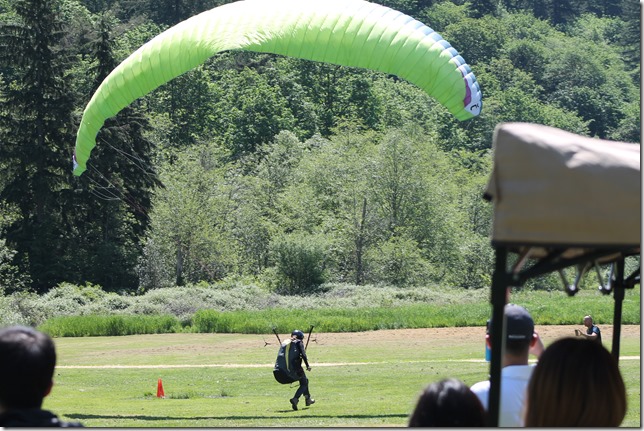 About this time last year Barb and I had an unexpected adventure. This was a pleasant change in luck.