Saturday I went to a steel match at the Holmes Harbor Rod & Gun Club on Whidbey Island. It was raining in Bellevue when I left home but as I got on the ferry the rain had stopped, the fog was lifting, and the cloud cover was breaking up. I had forgotten my coat and was extremely pleased with the change of weather. 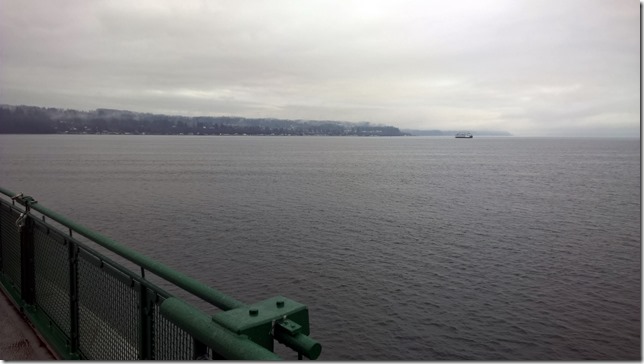 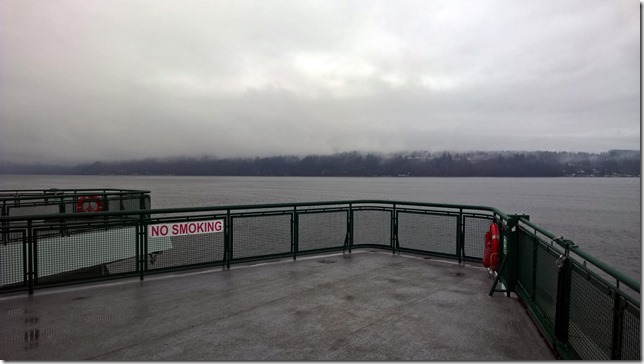 As is usual the stages were well done and interesting: 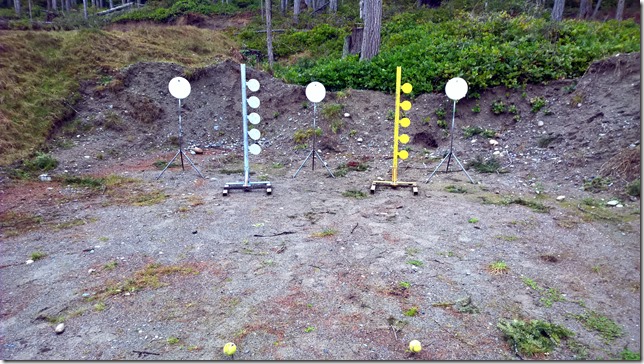 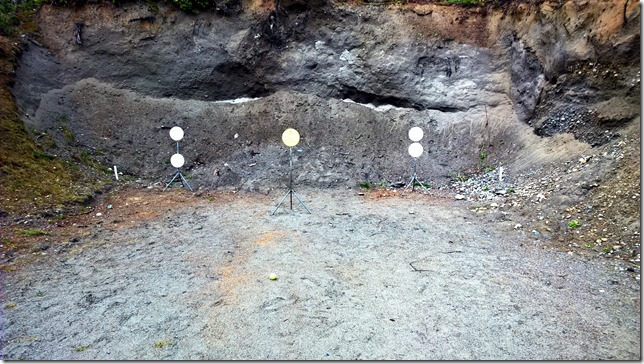 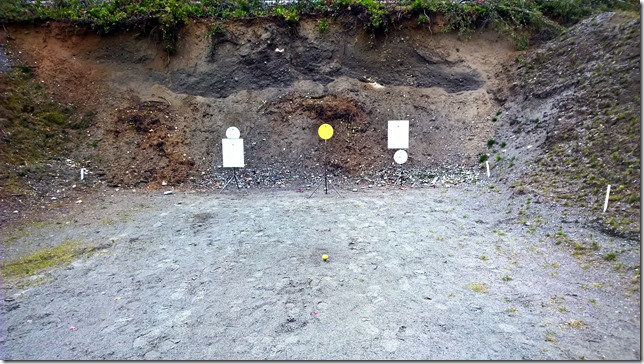 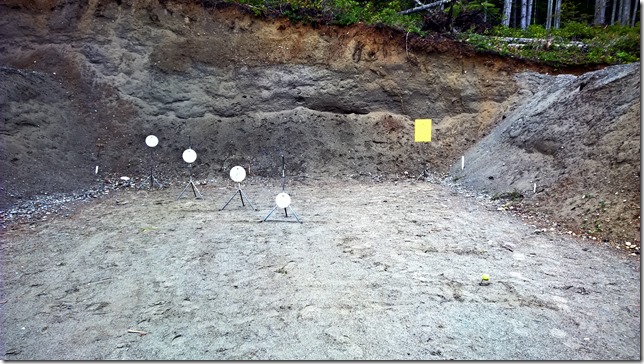 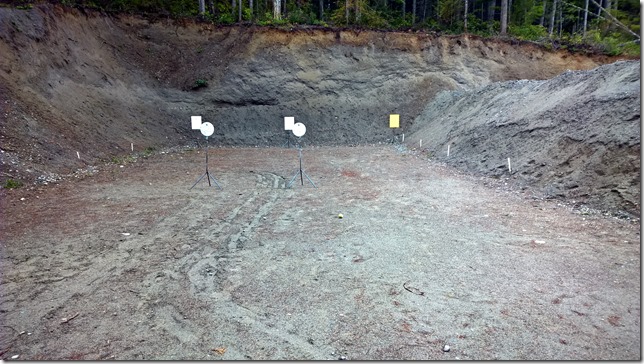 My .22 worked well. I had one failure to feed but other than that it was great.

My STI DVC Limited gun broke the ejector and when I took the slide off to clean it Friday night the ejector fell on the floor. The front peg had broken off flush with the frame. I didn’t have a spare ejector so I ordered an ejector, ejector pin, and a special ejector drill bit from Dawson Precision. Of course I wouldn’t have it in time for the match the next day so I had to use a backup gun. It worked fine until the fourth stage when it locked up and wouldn’t cycle. I removed the slide but couldn’t see anything wrong even though, at first, it wouldn’t work right even with the recoil spring and barrel removed. Then it started working, I put it back together and finished the stage. Then on stage five the hammer started not resetting. The first time it happened I racked the slide again and continued without incident on that string. Then on the next string it happened twice and I just thumb cocked it. It was almost as if I were shooting single action in a cowboy match—without ever practicing that way.

Yesterday I cleaned and examined my backup gun. I think the disconnector was worn so I replaced it with a spare I had. I’ll take it to the range and test it soon.

Even with the gun problems I shot well enough to win in both classes (I was the only shooter with a iron sighted rimfire pistol, so that doesn’t really count even though I had a good time):

In the video below I only included one of the better runs for each class of gun I shot on each stage except for when I shot the string cocking the hammer by hand. I edited one string of fire to included a comment from the Range Officer after I finished which Barb liked. I’m hoping this will be a more interesting video and not so long and boring. Also seeing things mostly done correctly is probably better than seeing a lot of errors.