As I reported last month the barrel in my STI Eagle attempted to spontaneously disassemble. I couldn’t get the slide open and figured I would just put the gun on the shelf that way. But Jacob said he was interested in doing a professional metallurgical evaluation of it. So I put some effort into extracting the barrel from the gun.

First I used a punch and drove the slide stop out far enough to get a finishing nail partially under it so that it was exposed: 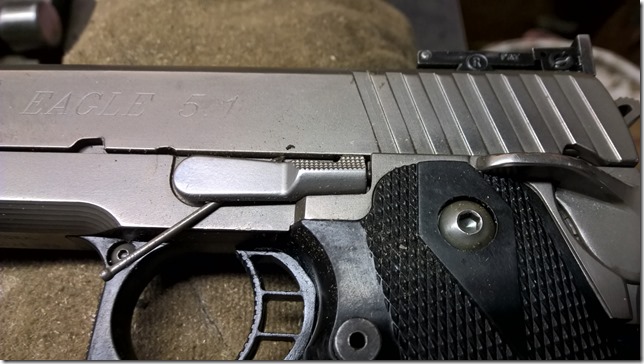 The slide then easily came off. I then used a hammer (and other tools) to tap on the barrel to remove it from the slide.

The end result is that I was able to discover the barrel split about three fourths of its length: 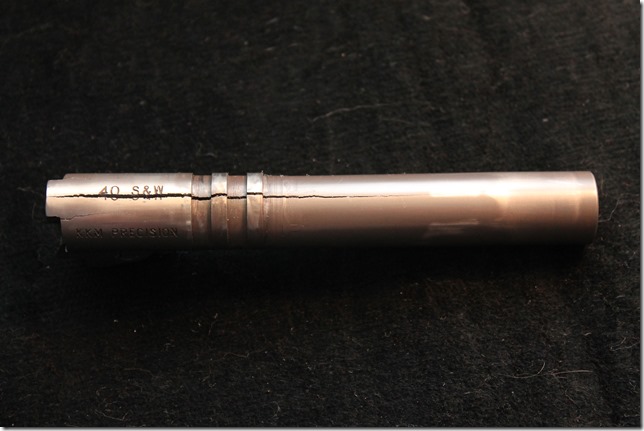 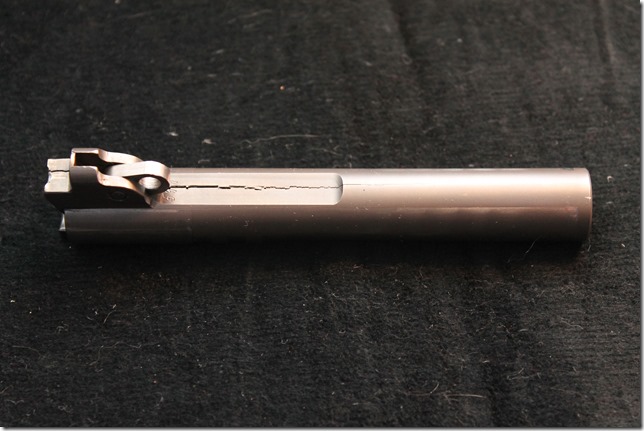 As I looked at this barrel I remembered something. That flat spot on the bottom of the barrel was not there when it came from the factory. That was machined by an STI gunsmith so that a Recoil Master would fit. This would have weakened the barrel.